ECP decides to go ahead with speedy delimitation

The Election Commission of Pakistan (ECP) Friday decided to immediately start the delimitation exercise of all national and provincial assemblies’ constituencies on the basis of 2017 Census and population statistics.

Keeping in view the current political scenario, the ECP has decided not to wait for the digital census which is yet to be decided and proceed with the delimitation exercise.

The delimitation process for the National Assembly and provincial assemblies will be completed in four months on a war footing. The decision was made in an important meeting of the ECP which was held under the chairmanship of Chief Election Commissioner Sikandar Sultan Raja and was attended by the members of the Commission along with other senior officials. The meeting decided that the ECP would write to provincial governments to provide maps and relevant data immediately so the delimitation process is completed timely.

The Commission ordered its secretary and special secretary to present a complete action plan for general elections on April 13. The meeting was informed that the ECP was fully committed to fulfilling its constitutional duty for continuity of democratic processes, fair play, and rule of law. The Commission was apprised of non-release of funds by the Finance Division, as the ECP had written to the government and Finance Division regarding essential funds to conduct Local Government Elections in Punjab. The meeting observed that the conduct of local government elections that was already delayed and its further delay would be a clear violation of law and the Constitution. Upon advice of the Finance Division, the ECP had sent a summary of the supplementary grant for approval of ECC, while the ECC further sent it to the cabinet after its approval. 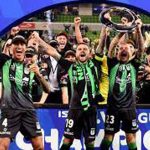