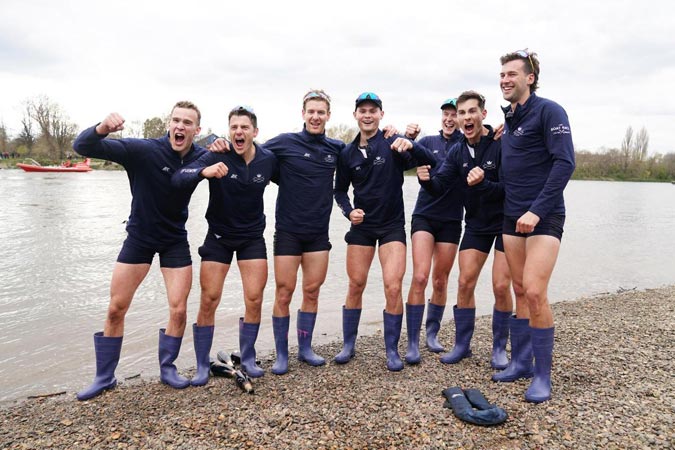 LONDON: Oxford brought Cambridge’s recent supremacy in the men’s boat race to an end with a first victory in five years on the traditional university race’s return to the River Thames on Sunday. In the first Boat Race held in London since 2019, Oxford halted their rivals’ run of three straight race wins to give long-serving chief coach Sean Bowden a 13th success in his 25th year in the role. After two years away from the capital, following the cancelation of the 2020 showpiece due to coronavirus restrictions and last year’s race being held at the remote location of the Great River Ouse, there were crowds back on the banks of the Thames. Oxford had built a big lead up by the turn of the bend near Hammersmith Bridge and crossed the line before Chiswick Bridge in a time of 16 minutes and 42 seconds. Cambridge maintained their dominance with a record time in the 76th edition of the women’s race. After a healthy lead had been established by the halfway point, Cambridge never let up to secure a fifth consecutive win in a new best time of 18 minutes and 22.936 seconds.