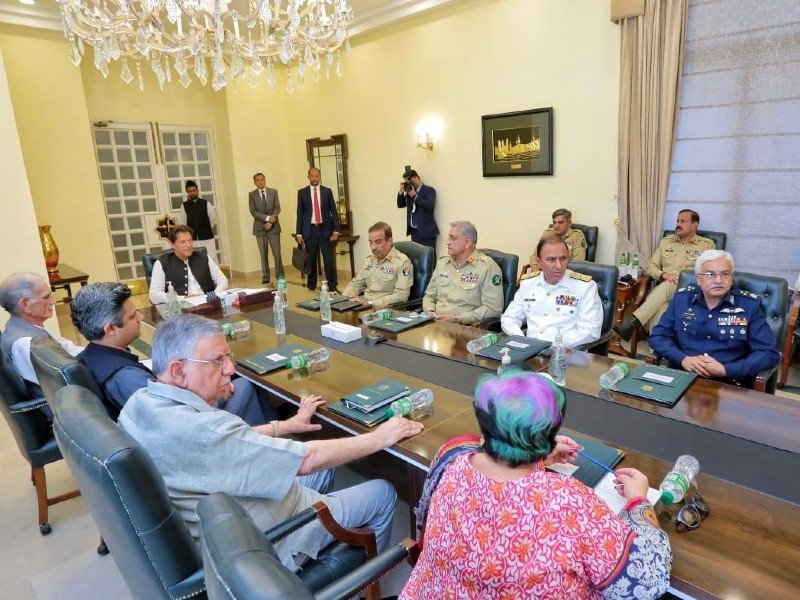 ISLAMABAD: Pakistan Thursday handed over the “requisite demarches” through diplomatic channels as decided earlier in the National Security Committee meeting, a statement from the Foreign Office said.

The National Security Committee, the country’s highest security forum that was summoned earlier in the day expressed grave concern at the communication from a country, and termed the language used by the foreign official as “undiplomatic.”

Prime Minister Imran Khan in a huge public gathering on March 27 said his government was being challenged through an internationally hatched conspiracy and vowed not to compromise on national security. The Prime Minister said local actors were getting support from abroad to remove his government through a vote of no confidence.

“The Committee concluded that the communication amounted to blatant interference in the internal affairs of Pakistan by the country in question, which was unacceptable under any circumstances.”

The National Security Adviser briefed the Committee on the formal communication of a senior official of a foreign country to Pakistan’s Ambassador in the said country in a formal meeting, which was duly conveyed by the Ambassador to the Ministry of Foreign Affairs.

“The Committee had decided to issue a strong demarche both in Islamabad and in the country’s capital through proper channels in keeping with diplomatic norms,” a statement issued at the end of the NSC meeting said.

The meeting also endorsed the Cabinet’s decision in the Special Cabinet meeting held on 30th March to take the parliament into confidence through an in-camera briefing of the National Security Committee of the Parliament.