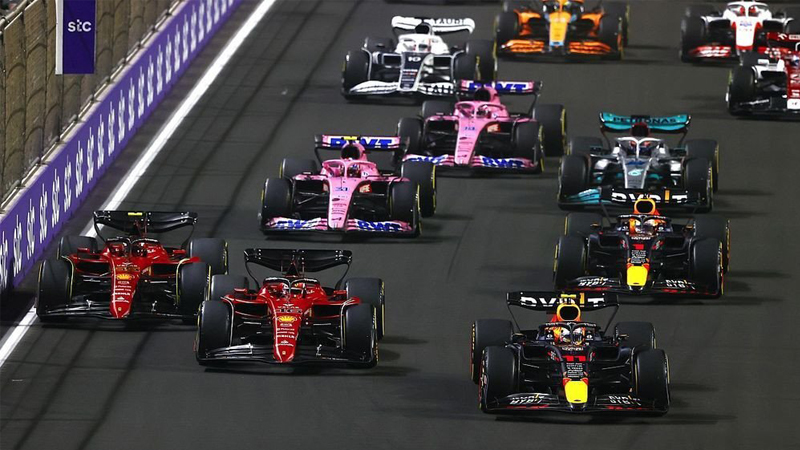 LAS VEGAS: Las Vegas will host a night-time Formula 1 Grand Prix along its iconic Strip in 2023 with the sport’s top official describing the event as “an incredible moment”. The race returns to the city for the first time since 1982 and will become the third grand prix in the United States on next year’s F1 calendar, alongside Miami and Austin. “This is an incredible moment for Formula 1 that demonstrates the huge appeal and growth of our sport with a third race in the US,” said Stefano Domenicali, the president of Formula 1. “Las Vegas is a destination known around the world for its excitement, hospitality, thrills, and of course, the famous Strip. There is no better place for Formula 1 to race than in the global entertainment capital of the world.” The race will take place at night, on a Saturday in November.

The track will be 3.8 miles (6.12km) long from start to finish with top speeds estimated to be over 212 mph (342 km/h). It will take in the city’s most famous landmarks, hotels and casinos. There will be 50 laps with three main straights and 14 corners, including a high-speed cornering sequence and a single chicane section. “Iconic Las Vegas and Formula 1, the pinnacle of motorsport, is the perfect marriage of speed and glamour,” said Greg Maffei, president of F1’s owners Liberty Media. Las Vegas twice hosted F1 races in 1981 and 1982 on the car park of Caesar’s Palace after Watkins Glen in upstate New York lost its rights after two decades. The Miami Grand Prix debuts this year on May 8 while the United States Grand Prix takes place at Austin, Texas on October 23. The famed Indianapolis Motor Speedway previously played host to the US Grand Prix between 2000 and 2007. This year will be the first time since Dallas and Detroit in 1984 that the United States has staged two races.