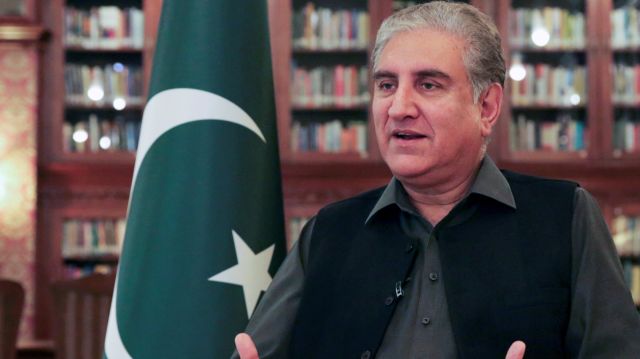 “While there may be valid political concerns, the fundamental need is to focus on humanity as well as the well-being of 40 million Afghan people,” he said.

The foreign minister was addressing the ‘Meeting of Neighbouring Countries of Afghanistan’, which was attended by China’s State Councillor and Foreign Minister Wang Yi, and foreign ministers of Iran, Russia, Turkmenistan, Tajikistan and Uzbekistan.

On the lingering question of recognition of the interim Afghan government, he said the issue could not be left unaddressed for much longer.

“It is imperative that the international community, particularly the neighbouring countries of Afghanistan, consider how to move forward on developing consensus on recognition in a phased manner,” he said.

He recalled that Pakistan initiated the meeting’s format last year with a clear realisation that neighbouring countries had vital stakes, more than any other, in the stability of Afghanistan.

“The completely transformed situation in Afghanistan required a fresh outlook from the international community, and particularly from its neighbours,” he said.

He said while the war in Afghanistan had ended, millions of Afghan children today still suffered starvation and the Afghan hospitals faced acute shortages of medicines, equipment and personnel.

He stressed that the frozen Afghan foreign bank reserves belonged to the Afghan nation and their utilisation should be the sovereign decision of Afghanistan.

“We will continue to support Afghanistan’s access to its frozen assets so that these precious resources can be utilised for the welfare of the Afghans,” he said.

He said the international community had justifiable expectations from the interim government on exclusivity, girl’s education, respect for human rights, and effective counter-terrorism action.

He said as Afghanistan was coming out of the shadows of a long war, practical steps were required including opening of jobs for women to strengthen the interim government’s credentials.

“We urge the Afghan authorities to keep taking positive measures, including allowing girls’ access to education and promotion of human rights, which would help in further promoting international engagement and access to needed financial resources,” he said.

Qureshi said progress in counter-terrorism would depend on the interim government’s capacity and willingness of the international community to support their efforts.

Pakistan remains ready to support Afghanistan in this regard, he added.

Beside immediate humanitarian questions, he said long-term economic sustainability and development was crucial.

“Until the wheels of commerce and industry are allowed to spin, the lives of the ordinary Afghans will not improve,” he said.

He mentioned that the ideas of regional connectivity would not materialise without a blueprint for long-term infrastructure development.

“Only viable and prosperous Afghanistan in the long-run is one that serves as a trade and energy corridor for the entire region,” he said.

“We should not create a donor-dependent nation. Our goal should be a self-reliant, resilient economy in Afghanistan,” he said.

He said the nascent setup of the Interim Afghan Government needed support in both governance and counter-terrorism capacities.

“On its part, Pakistan has always, and will continue to, assist Afghanistan in its quest for stability, peace, progress and prosperity,” he said.