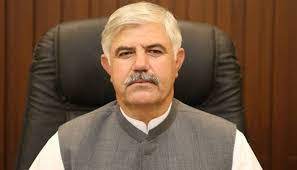 In a condolence message issued here, the Chief Minister prayed to Allah Almighty to grant courage to the bereaved families to bear the loss with patience and rest the departed souls in eternal peace. He also prayed for the early recovery of the injured and issued directives for provision of best medical treatment facilities to the injured.

At least nine passengers including women and children were killed and ten others injured when a passenger coach fell into a gorge in Chalal area in the vicinity of Patrak police station in Upper Dir district during wee hours on Monday.

Police said a passenger van bearing registration number C-1775, on way to Kalkot from Mardan fell into a gorge after its driver lost control over the vehicle. As a result of the mishap, nine passengers were killed and ten others injured.