Mira Rajput is married to the phone: Shahid Kapoor 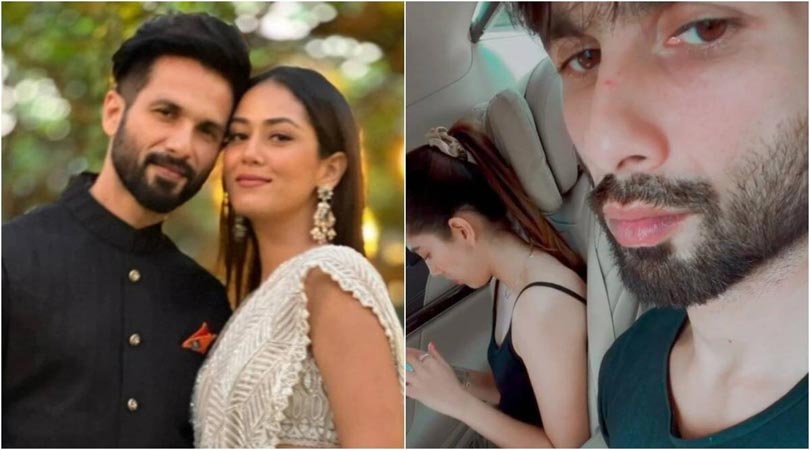 Shahid Kapoor and wife Mira Rajput are the ultimate ‘cool couple’, who keep pulling each other’s leg on social media.

On Thursday, Shahid shared a video of the two traveling in a car. In the same, Mira is seen busy on the phone while the cheeky husband captured her. He captioned the post, “Married to the phone.” Not someone to take the accusation lightly, she sarcastically replied on the post, “Get married to the couch now.”

Dressed in casuals, Mira and Shahid looked cool in the video. While the Haider actor donned a black tee, wife Mira was seen complementing him in a spaghetti top and grey cargoes.

Fans were pleasantly surprised by this fun banter and as many laughed about Shahid’s situation, a few also sided with Mira. One of his followers wrote, “And you’re also telling this by recording it on PHONE!!” while another added, “Every husband problem.” Others showered the duo with love and called them ‘cutest couple’.

On the work front, Shahid Kapoor is looking forward to the release of Jersey next month. He recently also wrapped up shoot of Ali Abbas Zafar’s action drama. Known for helming big-scale films like Tiger Zinda Hai and Bharat, the filmmaker took to Twitter to announce the wrap.

“Action has always been one of my favourite genres and the thrill of making action movies on set is even a greater experience. Film Wrap, Thank you @shahidkapoor and entire team for making these last 6 months super fun,” he tweeted. The movie is said to be the official adaptation of the 2011 French film Nuit Blanche (‘Sleepless Night’), which was adapted into Tamil as “Thoongaa Vanam” and released in 2015. It was fronted by South superstar Kamal Haasan.