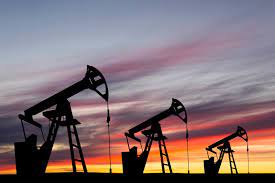 The recent rally across equities over the past week appears to have run its course for now as investors nervously track developments in the Ukraine war, with efforts to reach a diplomatic solution crawling along.

All eyes are on meetings this week of NATO, where Joe Biden and other leaders are expected to discuss further punishing Moscow for the month-long invasion, while the European Union is still debating a possible embargo on Russian oil.

A warning from Russia that repairs at a terminal near a Black Sea port may take up to two months, causing a drop in exports of about one million barrels per day, added to supply worries.

Both main contracts rallied more than five percent Wednesday — with Brent back above $120 — and they continued to advance in early Asian business.

The surge in oil markets will further fan already elevated inflation — it is at a 40-year high in the United States and a 30-year high in Britain — putting pressure on central banks to tighten monetary policy before prices run out of control.