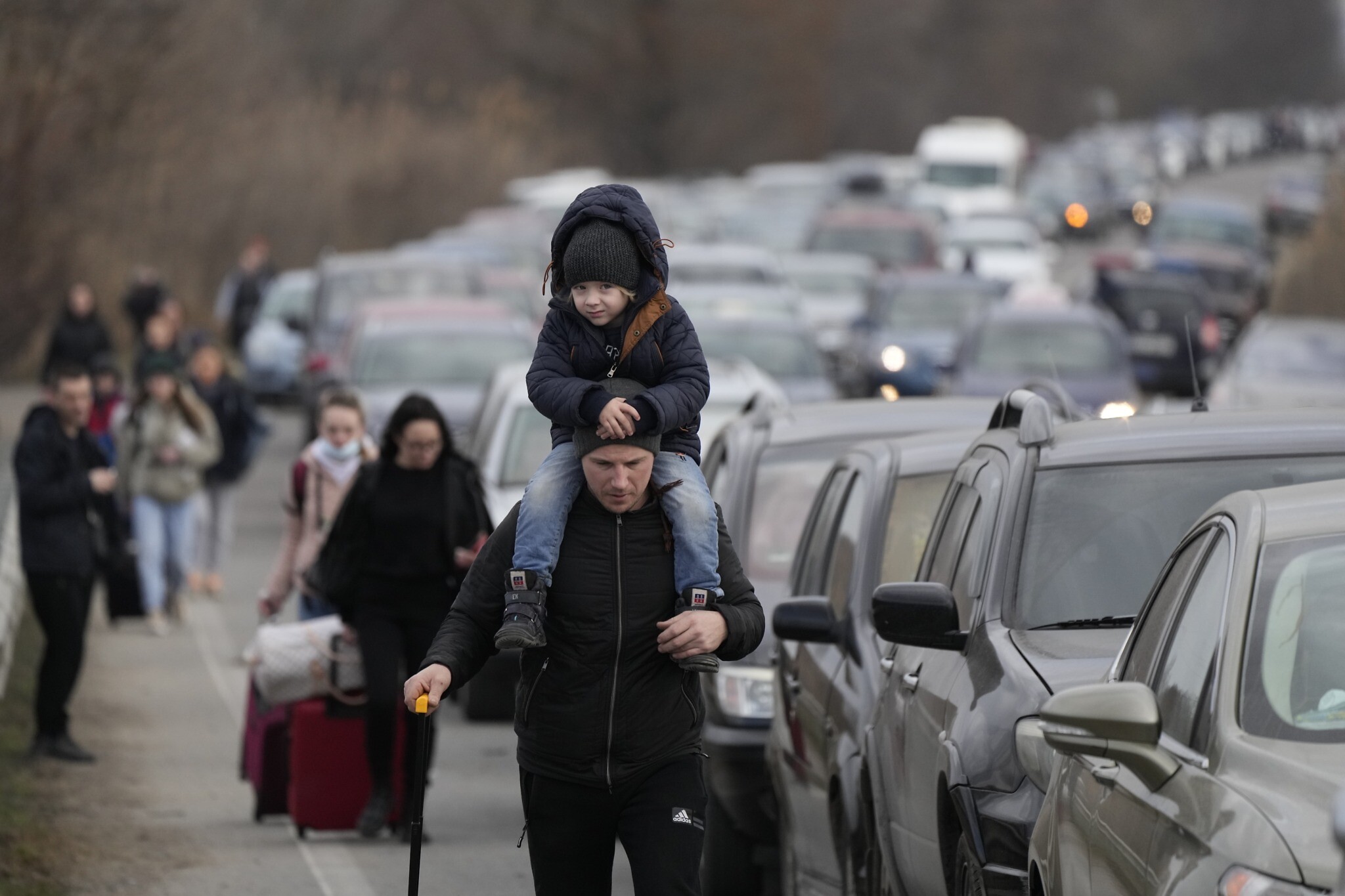 Geneva: The number of refugees fleeing Ukraine since Russia’s invasion grew by more than 100,000 over the past 24 hours, the United Nations said Thursday. UNHCR, the UN refugee agency, said 3,169,897 Ukrainians had fled across the border since the war began on February 24, a figure up 106,802 since Wednesday’s update.

“More than three million people have fled the country, the vast majority women, children and older people who left behind their homes and often family members, not knowing what’s to come,” the agency said.

“Hour by hour, minute by minute, people are fleeing the terrifying reality of violence in Ukraine. Unless the conflict ends, this heart-breaking crisis is set to grow. We need peace, now.”

The UNHCR said that more than two million people still within Ukraine’s borders had also fled their homes. The UN’s International Organization for Migration said 162,000 third-country nationals had fled the country, as of Wednesday. The UNHCR initially estimated that up to four million people could leave Ukraine, but last week admitted that figure might well be revised upwards.

Before the conflict, Ukraine had a population of 37 million in the regions under government control, excluding Russia-annexed Crimea and the pro-Russian separatist regions in the east. Here is a breakdown of where Ukrainian refugees headed to, according to the UNHCR: