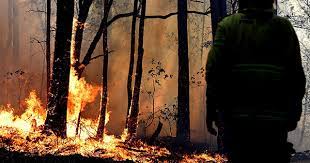 CANBERRA: Australia’s national environmental health rating has more than doubled as a result of high rainfall.

According to the latest annual environmental snapshot, which was published by the Australian National University (ANU) on Thursday, the National Environmental Condition Score in 2021 was 6.9 out of 10.

It represents a significant improvement from three out of 10 in 2020, with improvements made in all eight states and territories.

As a result, urban water supplies increased for all major cities.

The number of days with a maximum temperature exceeding 35 degrees Celsius was the lowest since 2011.

“Above average rainfall and lower temperatures not seen for eight years have contributed to a strong further recovery of Australia’s environment in 2021,” Albert van Dijk, lead author of the study, said in a media release.

However, biodiversity continued to decline with an additional 34 species added to the Threatened Species List in 2021.

“It is a wake-up call that threatened species conservation needs to be taken more seriously, otherwise we risk further losses of our rich and unique biodiversity and the essential services they provide,” Shoshana Rapley, a Ph.D. scholar from the ANU Fenner School for Environment and Society, said.