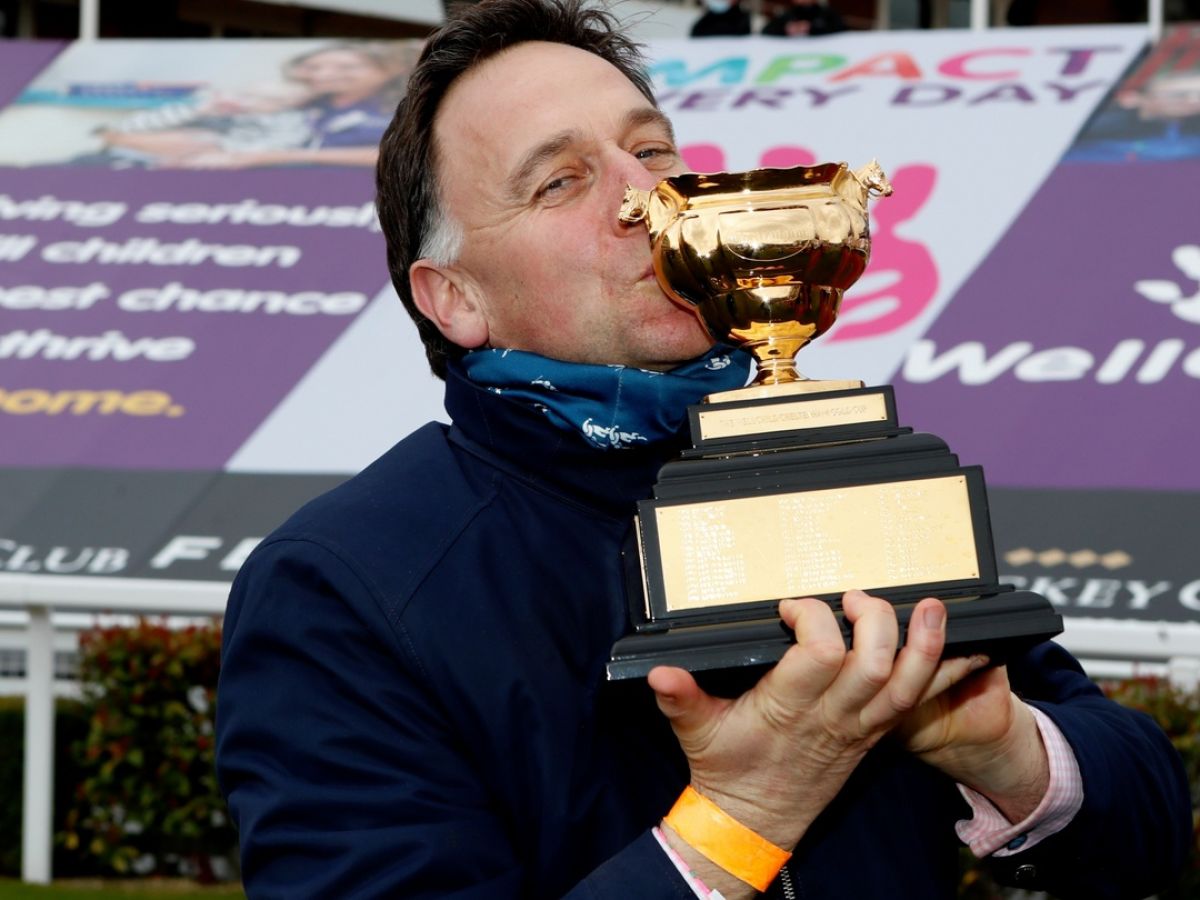 Paris: Henry de Bromhead was still pinching himself in disbelief weeks after he became the first trainer to win the “Holy Trinity” at jumps racing’s showpiece event the Cheltenham Festival last year.

The 49-year-old Irishman might need to ensure his fingernails are none too sharp as his trio of champions return to defend their respective crowns this week.

Honeysuckle will get the ball rolling with the Champion Hurdle on Tuesday, Put The Kettle On goes in Wednesday’s two-mile Queen Mother Champion Chase and Minella Indo defends the blue riband of jumps racing the Cheltenham Gold Cup on Friday.

For a man who disarmingly told AFP he is “unexciting” he enjoyed the most thrilling of times last year.

That was played out in front of empty stands due to the Covid-19 pandemic but the ‘Cheltenham Roar’ will be back this year as spectators — many of them Irish — return.

De Bromhead will travel over with his wife Heather — leaving their three children to follow the four-day extravaganza on television — and he expects to have up to 20 runners.

“It is always tough every year,” he told AFP by phone.

“It is extremely unlikely we have a repeat, if we have a winner anything else is a bonus.

“They are our Olympics which I know is a cliche but it is exactly that. They are all so hard to win.”

Honeysuckle and jockey Rachael Blackmore have formed one of the iconic racing partnerships.

The eight-year-old mare comes into the race on the back of an impressive third consecutive victory in the Irish Champion Hurdle — her 10th Grade One triumph and 14th successive win.

“It is always a good sign with her (Honeysuckle) when she gets narky in her stable and she is certain that at the moment as she is trying to kick you and bite you,” said de Bromhead.

He is wary of 2020 champion Epatante but is enthused by Honeysuckle’s never say die attitude.

“Her will to win on the track impresses me, she is an extremely competitive mare.”

De Bromhead, though, as is his nature is cautious.

“She is a warm favorite but like nothing is guaranteed in this game and there are very good horses up against her.

“We go with hope and our fingers crossed.

“Hopefully we get there and we have luck in running.”

Put The Kettle On coming to the boil

Many see this as a rerun of the thrilling duel earlier in the season between Nicky Henderson stable star Shishkin and Energumene trained by Willie Mullins. Shishkin — who won the Arkle Chase at the Festival last year — came out on top in that battle.

However, de Bromhead says despite Put The Kettle On in many people’s eyes not sparkling this season the mare goes with a real chance of retaining her title.

“She is on really good form despite a disappointing year so far,” said de Bromhead.

“She is coming back to herself and is entitled to defend her crown.

“She is the forgotten horse which is probably understandable.”

Henderson for his part is too canny an operator at the venerable age of 71 to believe Shishkin is home and hosed.

“I don’t think he’s a banker. We’ve definitely got a fight on our hands this year,” he said.

De Bromhead saddled the 1-2 in the Gold Cup last year with Blackmore rare for her, in a week she was leading rider with six victories, choosing the second A Plus Tard.

She has remained faithful to A Plus Tard whilst 2017 Gold Cup-winning jockey Robbie Power rides Minella Indo.

Minella Indo showed a return to form when second in the Irish Gold Cup after a shocking display in King George VI Chase in late December when he was pulled up.

“That was my fault I was trying to force a square peg into a round hole,” admits de Bromhead about the front running tactics he decided on.

“I cannot divide them (his two runners) to be honest

“However, we are delighted with Minella he has had a similar prep as last year.

“He is a very tough dour stayer who comes alive at Cheltenham.

“A-Plus Tard has probably got a bit more pace than Indo but both have a lot of class.”