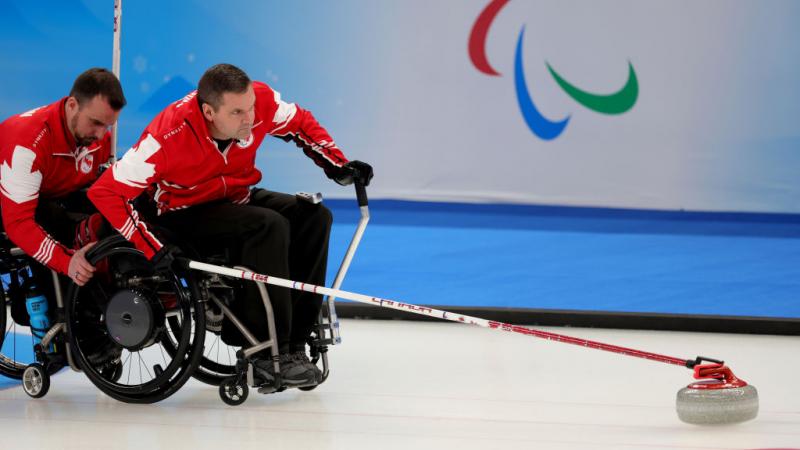 BEIJING: Defending champion China qualified for the wheelchair-curling final with a 9-5 win over Canada at Beijing 2022 Paralympic Winter Games here on Friday.

Skipped by the PyeongChang gold medalist Wang Haitao, China was 9-3 ahead after six ends, before Canada got two points in the seventh. With the safe play, in the end, China again made it to the Paralympic final.

“I feel very excited to win today. We had a more relaxed game, not as tight as when we started a few days ago. Although we made some small mistakes, our overall performance was very good,” Wang said.

“When we met Canada during the first match, we really wanted to win at home, however, we were overcautious. The victories in the later matches indicate that everyone was having a stable mentality and ready to play under tough pressure,” said Yue Qingshuang, head coach of Team China as well as a bronze medalist at Vancouver Winter Olympics as an athlete.

In 2018, the wheelchair curling team brought China it is first-ever winter Paralympic gold and became the first team other than Canada to be crowned at the Paralympic Games.

In 2021, China defeated Sweden 5-3 to retain its world title in Beijing last October, after winning the 2019 World Wheelchair Curling Championship with a 5-2 victory over hosts Scotland.

Also on Friday, Sweden downed Slovakia 6-4 in the other semifinal, with the gold medal match slated for Saturday afternoon in the National Aquatics Center.