Pakistan’s Imamul Haq makes a name for himself, relatively speaking 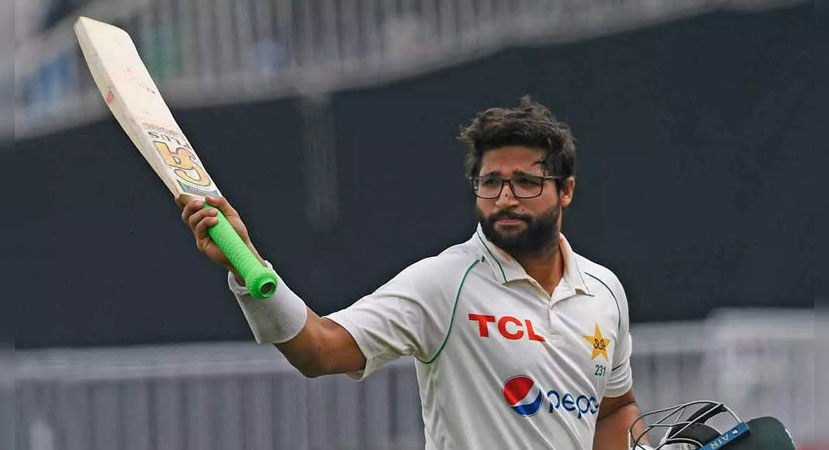 RAWALPINDI: Pakistan opener Imamul Haq has shed some of the burden of being the nephew of a legend with a century in each innings against Australia in the drawn first Test. The 26-year-old’s uncle is former Pakistan captain Inzamam-ul-Haq, but Imam’s exploits in the drawn Rawalpindi Test have now given him recognition in his own right. The pitch may have been a batting-friendly flat track, but Imam still had to show immense concentration and discipline for knocks of 157 and 111 not out. In doing so he became the 10th Pakistan batsman to score a century in each innings of a Test, and only the fourth against Australia, behind former captains Younis Khan, Misbah-ul-Haq and Azhar Ali.

His performance will not only cement his place in the Pakistan Test side, but will also silence a legion of critics who go after him after every failure. The criticism usually circles back to suggestions he only has a place in the side through the family name. “I don’t care what people say here and there and never lose heart,” Imam said after scoring his maiden Test century on Friday. “I want to take challenges and excel.” Despite being cricket royalty Imam’s journey hasn’t been easy. His uncle is Pakistan’s third-highest Test run-scorer with 8,830 and most prolific in one-day internationals, 11,701.

Despite obvious natural talent Imam was labelled “parchi” — an Urdu term used for someone given undue favouritism— and not helped by the fact that he was first picked in 2018 when his uncle was the chief selector.

Nepotism at play?: Imam had the game, most fans agreed, but was nepotism at play? The bespectacled Imam was Pakistan’s highest run-getter in the 2014 Under-19 World Cup — where Pakistan lost in the final — finishing with 382 runs in six games. He also showed form in an A Series against Bangladesh, before scoring 848 in 11 matches in the 2016-17 domestic season. Inzamam insisted he wasn’t playing family favourites, saying his nephew was selected on the advice of coaches Mickey Arthur and Grant Flower. “Mickey and Grant came to me and stressed that they wanted him for the team, so only after that he was selected,” he said at the time.

The youngster made an instant impact, scoring a hundred on his ODI debut against Sri Lanka in Abu Dhabi in 2017. His first Test, in 2018, was a match-winning 74 not out against Ireland when Pakistan were teetering at 14-3, chasing 160. While Imam’s ODI form only improved, his Test fortunes slumped and he was dropped after failing in Australia in 2019.

But on the back of two hundreds in domestic cricket, Imam returned to the fold —and made the chance count in Rawalpindi. “Every time I failed they started trolling me but I have a resolve that I will answer them with my bat, with my runs,” he said. “I want to make my own name.”