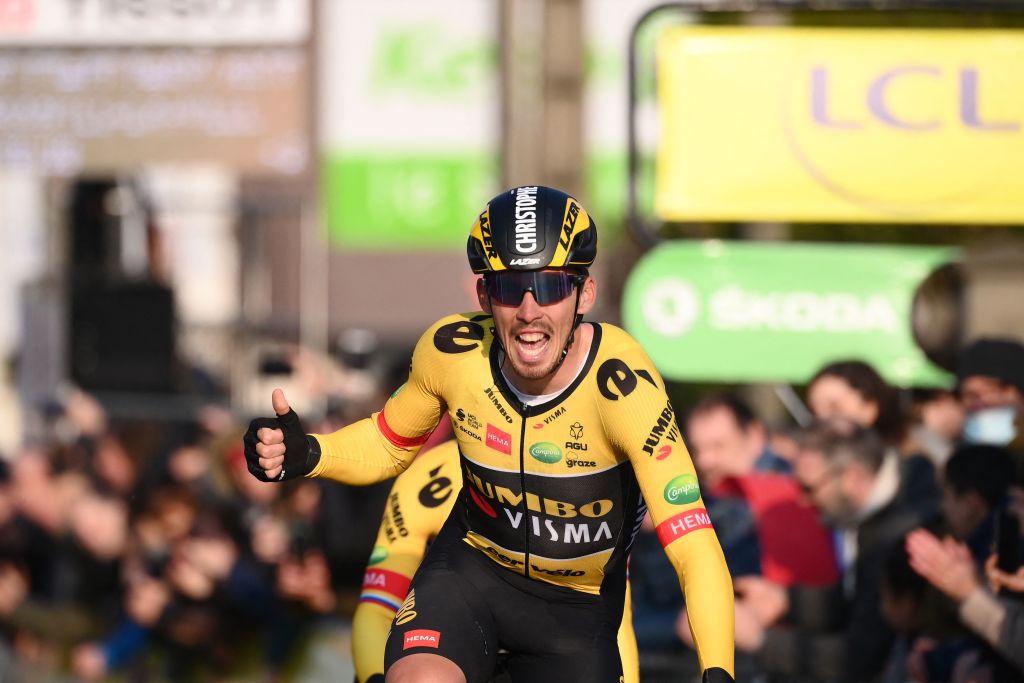 But for a third-day Dutch team Jumbo set the kind of relentlessly high pace that has given them top three in the overall standings and exposed fitness levels of anyone not on full form.

Jumbo new recruit Christophe Laporte is in the yellow jersey with a one-second lead over Wout van Aert with Jumbo leader Primoz Roglic in third at 09sec.

Roglic is a three-time Vuelta an Espana winner, while Van Aert won three stages, a sprint, a time-trial, and a mountain slog, on the last Tour de France.

In their yellow and black lycra tunics, Jumbo sat at the front of the peloton setting their unrelenting high tempo, just as they did throughout the 2020 Tour de France that ended in a last-day meltdown for Roglic.

The closest real rival is Russia’s Alexandr Vlasov at 39sec, with Ineos pair Adam Yates and Dani Martinez waiting for the mountains on Thursday and Saturday to show their hand.

The pace was such that Dutch sprinter Fabio Jakobsen, who won Monday’s second stage, was far from alone when he was dropped by the peloton led by Jumbo 20 kilometers from the finish.

Pedersen said the win showed he was on the kind of form needed in the upcoming one-day classics.

“It’s my first WorldTour win in a long time and it’s really nice to start out well. This is a good direction for the Classics coming up in a few weeks,” he said.

Wednesday’s stage is a 13.4-kilometer time trial from Domerat to Montlucon culminating in a steep finish.