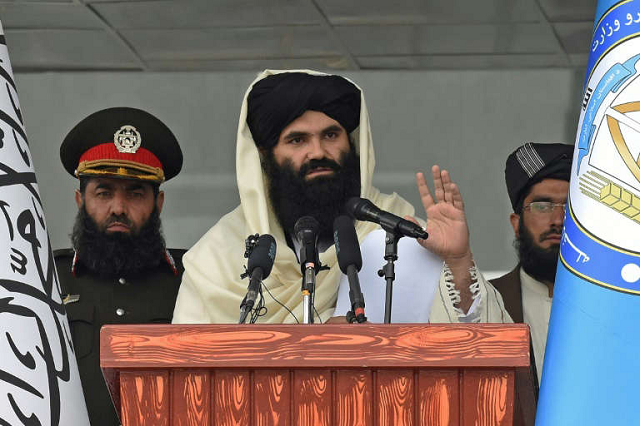 One of the Taliban’s most secretive leaders, whose only picture on US “most wanted” lists is a grainy semi-covered profile, was photographed openly for the first time on Saturday at a passing-out parade for new Afghan police recruits. 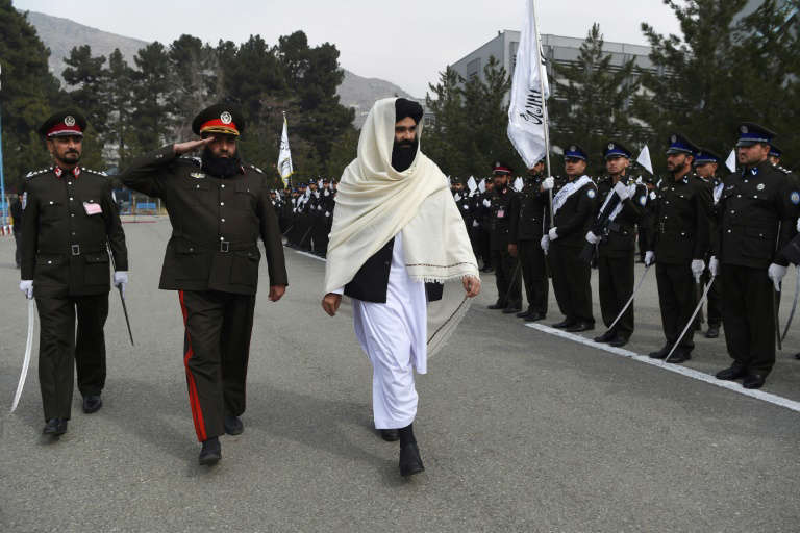 Interior Minister Sirajuddin Haqqani, who also heads the feared Haqqani Network, has previously only been photographed clearly from behind — even since the hardline group seized power last August.

“For your satisfaction and for building your trust… I am appearing in the media in a public meeting with you,” he said in a speech at the parade.

Before the Taliban’s return, Haqqani was the most senior of three deputies to leader Hibatullah Akhundzada. Akhundzada himself hasn’t been seen in public for years, and many Afghan analysts believe he may not even be alive.

Haqqani heads a powerful subset of the Taliban blamed for some of the worst violence of the past 20 years. The United States has offered a reward of up to $10 million for information leading to his arrest, saying he was responsible for a string of terror attacks. Pictures of Haqqani were being widely shared on social media on Saturday by Taliban officials who had previously only posted photographs that didn’t show his face, or if it had been digitally blurred. 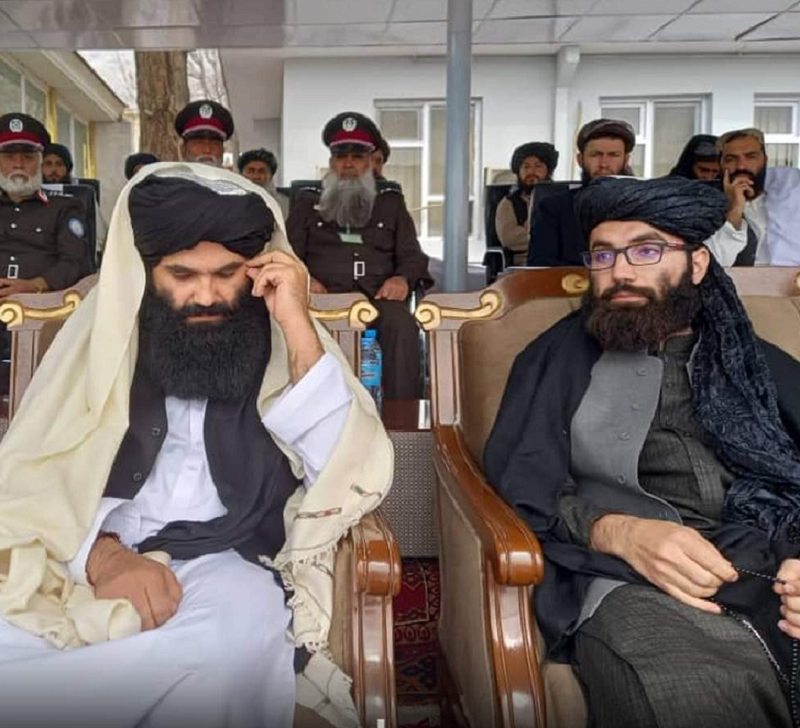 At the police parade Saturday, Haqqani was dressed like many of the senior Taliban officials — very heavily bearded and wearing a black turban and white shawl.

He said he was showing his face so “you could know how much value we have with our leadership”.

Haqqani’s appearance also suggests the Taliban have grown even more confident of their hold on the country since seizing power on August 15, two weeks before the last US-led foreign forces left. Several diplomats were in the crowd — including Pakistan’s ambassador — even though no country has officially recognised the new Taliban regime. The Haqqani Network, founded in the 1970s by Jalaluddin Haqqani, was heavily supported by the CIA during the Mujahideen war against the Soviet occupation of Afghanistan.

Sirajuddin Haqqani, who is believed to be in his 40s, is his son, and succeeded him following his death in 2018.

The latter was blamed for the deadly 2008 attack on Kabul’s Serena Hotel that killed six people, as well as at least one assassination attempt against former Afghan president Hamid Karzai.

The FBI Rewards for Justice programme says he maintains “close ties” to al Qaeda, and “is a specially designated global terrorist”.

He was also credited as the author of a New York Times opinion piece in 2020 titled “What We, the Taliban, Want”, sparking controversy that the newspaper had given “terrorists” a public platform.