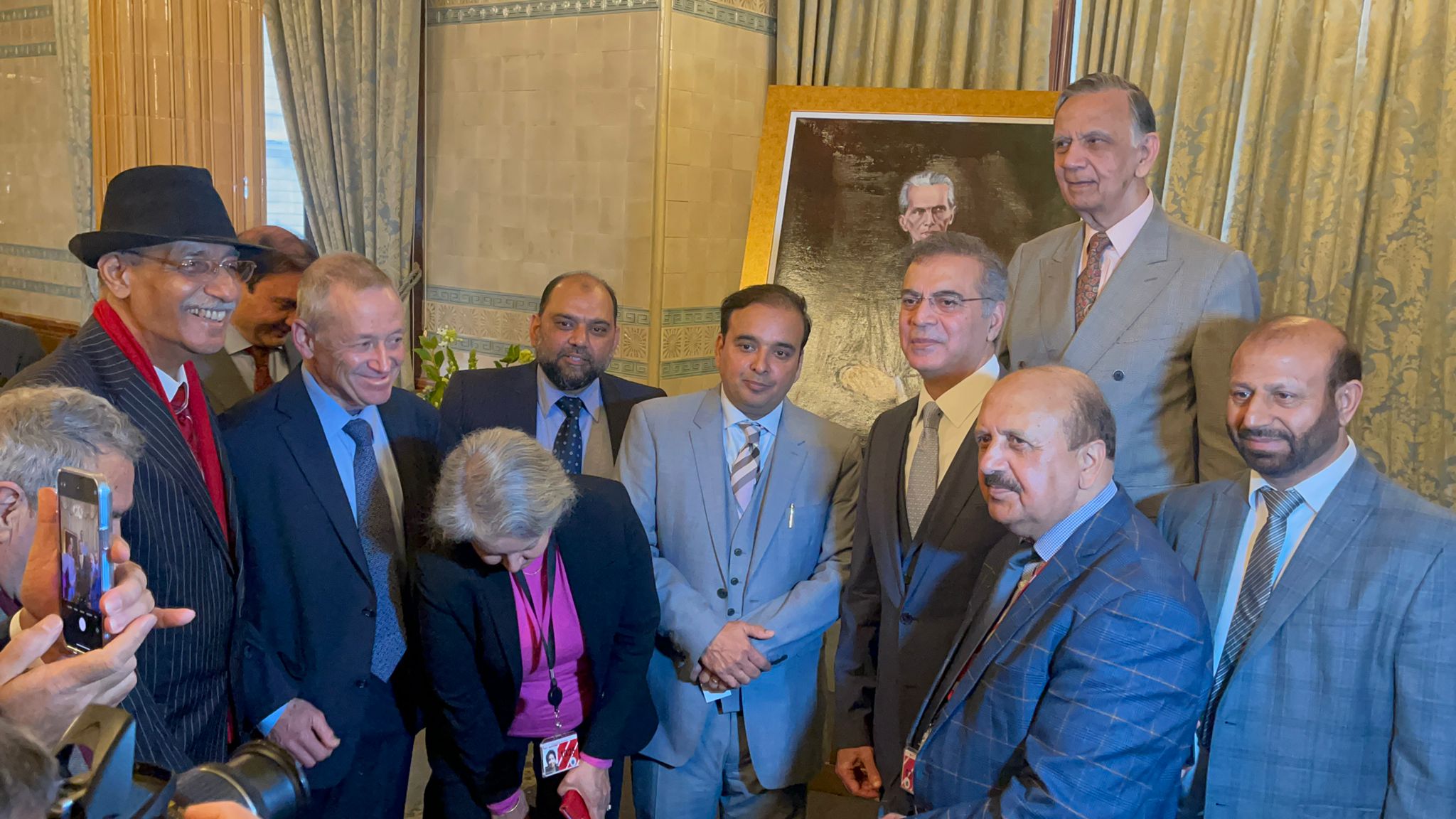 It’s a great honour for Barrister Muhammad Ali Jinnah, founder of Pakistan, to be recognised after 109 years. Jinnah was a club member in 1913, along with Mr Dadabhai Naoroji.

The portrait was prepared by the artist Mr Kaya Mar and was commissioned by Bilal Sheikh, the Principal of Mont Rose College, to recognise Jinnah’s presence in the club and his time spent while practicing as a Barrister in the United Kingdom.

The portrait has been installed as part of Pakistan’s 75th Independence Anniversary celebrations in the presence of artists, writers, and club members at the Club, which is located close to 10 Downing Street.

Jinnah, along with Mr Dadabhai Naoroji becomes the first South Asian leaders to honour the main hallway of this exclusive club. The initiative to commission Jinnah’s portrait was taken by Bilal Sheikh who runs a network of education institutions and has been campaigning for the national-level recognition of Jinnah including the campaign for the statue of Jinnah next to Mahatma Gandhi and Sir Winston Churchill in the Parliament Square.

Pakistan’s High Commissioner to the UK, Mr Moazzam Ahmad Khan attended the event at the National Liberal Club along with over 50 prominent British Pakistanis.
Moazzam Ahmad Khan said that Jinnah’s portrait at the National Club is a befitting tribute to the founder of the nation at the 75th birthday celebrations of Pakistan. He said that Mr Kaya Mar, a renowned artist, was commissioned by Bilal Sheikh to make the portrait that could reflect the true personality of Jinnah and his relevance to both the east and the west and the values he espoused. 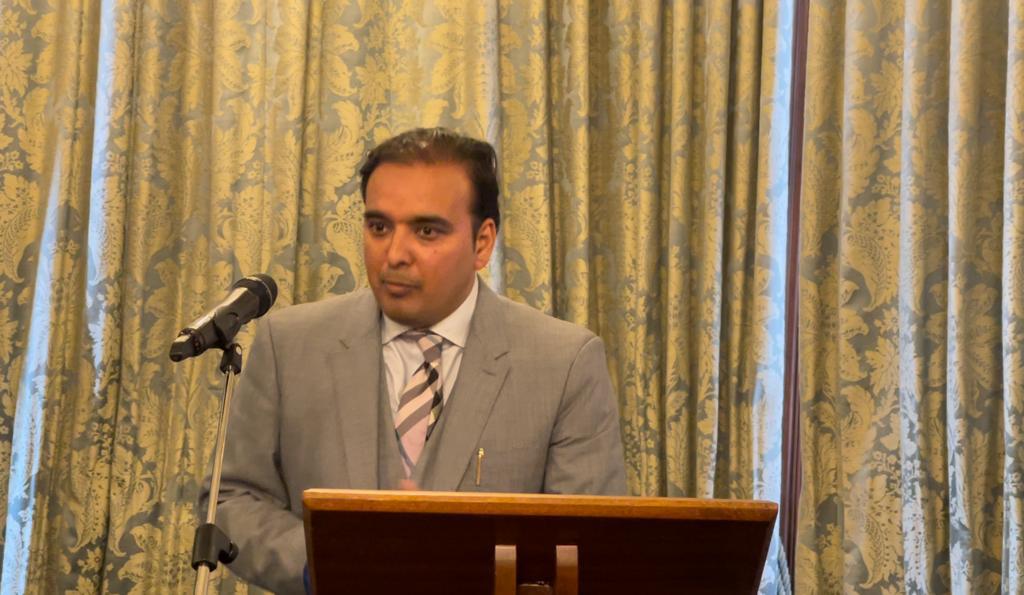 Bilal Sheikh said: “Mr Kaya Mar has prepared Dadabhai Naoroji’s portraits in the past and did an outstanding job. Lord Bilimoria commissioned Mr Dadabhai Naoroji portrait to recognise the contribution of Great Dadabhai Naoroji. I commissioned this portrait after learning that Mr Kaya Mar knows Jinnah well as a great statesman and a believer in an equal society. Mr Kaya has captured the essence of the man as a liberal and progressive leader who created a homeland for millions of people in the subcontinent without any differential treatment.”

Bilal Sheikh said in his speech that he sat with the artist to go through the concept and style of the portrait and discussed the significance of the artwork and how millions of Pakistanis adore Jinnah and other worldwide historians.

Bilal Sheikh added: Mr Kaya Maar’s portrayal of Jinnah shows him in his characteristic style and personality. This portrait emphasises Muhammad Ali Jinnah’s time spent in London, his sense of western clothing, his uniquely elegant style and his strong sense of fashion along with the equal society. He also mentioned that Jinnah travelled to England in 1892, studied law for 4 years at Lincoln’s Inn, and was called to the bar in England at just 19 years of age. He was greatly influenced by the liberalism of William E. Gladstone, who had become Prime Minister for the fourth time in 1892.”

He mentioned that The Duke and Duchess of Cambridge visited Pakistan in October 2019 at the Foreign and Common Wealth Office’s request to celebrate the historical relationship between the two countries; the commissioning of this portrait is to enhance further ties between Pakistan and the United Kingdom.

Bilal Sheikh said: “The portrait depicts Jinnah as a politician, lawmaker, and charismatic leader who believed in equality and diversity and altered history. My ultimate wish is to commission a statue of Jinnah to be erected outside the UK parliament square in line with other world leaders, likewise, statues of Winston Churchill, Nelson Mandela, Abrahams Lincoln, Mahatma Gandhi and others to showcase the right side of history to British Pakistanis.

“I have dedicated myself to the cause of Jinnah along with the other friends for the future generation to admire Jinnah’s Contribution towards British society. This portrait is being donated to NLC by the Sons and Daughters of Pakistan. It’s the combined effort of all British Pakistani well-wishers who truly believe in Jinnah.”