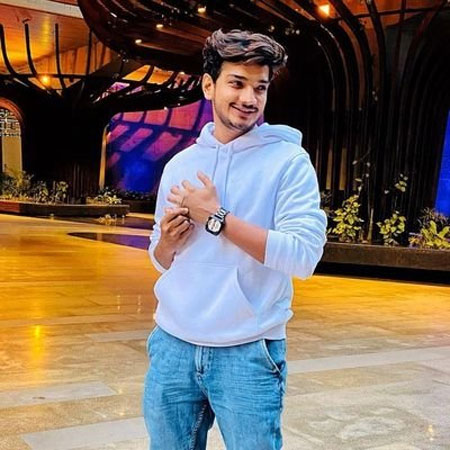 The episode begins with housemates discussing their journeys. Comedian Munawar Faruqui talks about his arrest and says he never committed the crime he was accused of.

He tells Nisha Rawal that his energy was comparatively low when he took over the stage after coming out of the jail. Fashion designer and transgender Saisha Shinde talks about her experience to Munawar and Poonam Pandey.

Poonam Pandey discusses that people have always seen her as a trouble. She adds that 10 years down the line, the same world will talk about how it started.

Shivam made a heart-shaped paper art for Sara with her name written inside. Sara, after waking up, reacts to it.

Shivam Sharma breaks down into tears and tells Karanvir Bohra that Sana Khan doesn’t believe his feelings for her. He says that Sana told her that he has been ‘creating the love drama’ as he has been asked to do by the makers.

Sana tells Nisha that she can’t believe someone who has just met him and tells her that he is in love with her. She tries to talk to him.

Shivam never misses an opportunity to impress Sara by reciting his shayaris and putting effort into it. It will be interesting to see how their relationship turns out to be in the coming episodes. Munawar and Karanvir indulge in some fun over Shivam’s fondness for Sana.

Shivam and Munawar lock horns with each other after the comedian trolls the former savagely for comparing himself to Marvel characters Iron Man and Thanos. Other celebrity contestants on the show were also spotted laughing at Munawar’s comments. While Munawar called his response a ‘mic-drop’ moment, Shivam was seen fuming and declaring that he will destroy the comedian.

Munawar discusses with Poonam and Siddharth that he doesn’t even deserve his hate.

The contestants participate in the ‘Bluff’ game and ‘Right Block’ gets disqualified. ‘Left Block’ wins and is asked to give the name of one housemate whose wishes will be granted.