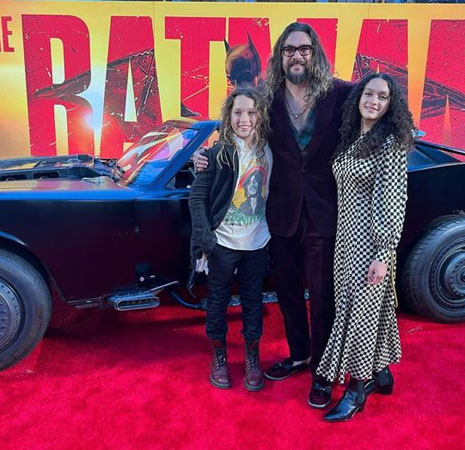 Actor Jason Momoa is deeply touched on seeing his fans giving him space post his split from wife Lisa Bonet.

On Tuesday, Momoa attended the New York City premiere of ‘The Batman’, starring his stepdaughter ZoE Kravitz alongside Robert Pattinson, with son Nakoa-Wolf, 13, and Lola, 14, whom he shares with Bonet.

A few days after marking his presence at the star-studded affair, Momoa, on Friday, took to Instagram and shared photos from the red-carpet event.

Alongside the pictures, the ‘Aquaman’ star thanked his fans for respecting his family’s privacy. In the post, he also stated that it’s not easy to separate from your loved ones in the public eye.

“So excited for everyone to see @thebatman @zoeisabellakravitz your perfect as cat woman I’m so proud of you. so excited for @snl next week your going to kill it. we had a wonderful time in NYC. mahalo to the fans and press for being generous and giving us space for the children it’s hard enough separating in the public eye. we appreciate the continued privacy through these times aloha j,” he wrote.

Momoa and Bonet, who tied the knot in 2017, announced their split in a joint statement in January.