Kriti reveals how she prepped for her role in ‘Bachchhan Paandey’! 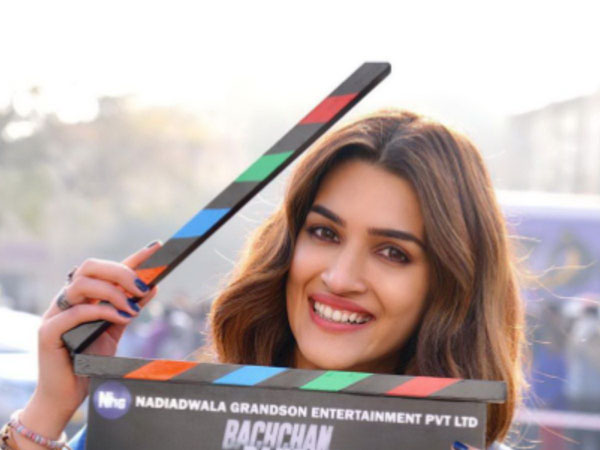 Bollywood actress Kriti Sanon is all set to deliver a masala entertainer alongside Akshay Kumar in her next, Bachchhan Paandey.

She plays the character of Myra Devekar in the movie. Talking about playing a director in her next, Kriti Sanon shares, “As an actor, once you have gone through a certain number of films, you soak in more than you think, just by observing and looking around, you start understanding how the directors make their vision come alive, their process and mannerisms. And I have seen so many talented directors at work, it feels like it was sort of easier for me to pick from them.”

The Mimi star added, “A director’s in control of everything on the set as he/she is the captain of the ship. So my main pick point on Myra was that this girl is very much in control and she is stuck in a place where situations get out of control.”

The actress has multiple big releases alongside a range of leading superstars of all times. Besides Bachchhan Paandey, Kriti has a massive set of films lined up including, ‘Adipurush’, ‘Shehzada’, ‘Bhediya’ and ‘Ganapath’. Bachchhan Paandey is slated to release on March 18, 2022.