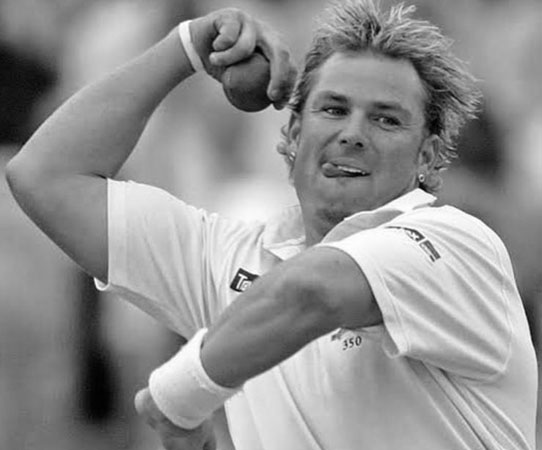 The sudden demise of legendary Australian spinner Shane Warne on Friday has left everyone in shock.

He was 52. Warne died of a suspected heart attack reported Fox Cricket.

“Shane was found unresponsive in his villa and despite the best efforts of medical staff, he could not be revived,” a statement on the Fox website said.

Several celebrities from the entertainment industry expressed their shock and grief on social media.

Taking to Instagram, actor Ranveer Singh posted a monochrome picture of Warne along with a broken-heart emoticon in the caption. Actor Vikrant Massey shared Warne’s photo on his Instagram handle and penned, “You take a piece of every 90’s kid with you Legend. RIP.”

Filmmaker Ashoke Pandit tweeted his condolences along with a happy picture of the late icon.

He wrote, “Sad to know about the demise of Australian spinner Shane Warne who succumbed to a heart attack in Thailand. It’s a great loss to the cricket world. Heartfelt condolences.. #RIP #ShaneWarne.

Television personality Shibani Dandekar mourned the demise of legendary cricketer and shared an all-smiles selfie with him.

“Completely crushed! Warney you were more than just a cricket legend! Your energy was infectious. Will always remember you warm, kind and crazy you were! Always the funniest guy in the room,” Shibani wrote.