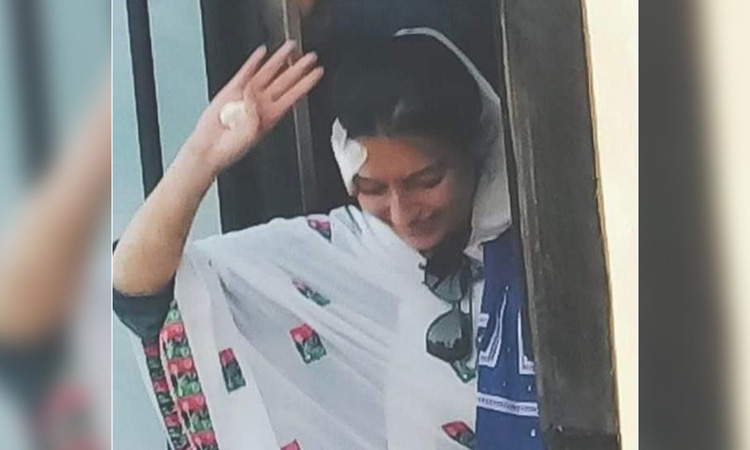 PPP leader Aseefa Bhutto-Zardari was injured after a drone camera struck her at the party’s anti-government march in Punjab’s Khanewal on Friday, video footage aired on television showed.

The video showed Aseefa, who was standing atop a container alongside her brother and PPP chief Bilawal Bhutto-Zardari, lurching backwards as she attempted in vain to get out of the drone’s way. The drone, which was mounted with a camera, was being used for the media coverage of the march, a private TV channel reported, adding that Aseefa went inside the container after the device hit her.

Following the incident, Bilawal’s security staff got hold of the drone operator, according to the TV channel, which quoted Bilawal as saying that it was not clear whether the incident was an accident or the consequence of a deliberate act. Punjab government spokesperson Hassan Khawar said the government responded immediately after the incident. “The Rescue 1122 team and duty doctor Dr Babar (General surgeon at DHQ hospital) who were stationed next to container, immediately went into the container. Aseefa Zardari suffered a minor cut on eyebrow and bruises on her hand,” he tweeted.

Addressing the marchers, Bilawal said Aseefa was injured in the incident and paramedic staff recommended that she be shifted to a hospital. But Aseefa refused and insisted that she be treated only with a bandage, he added.

Later, Aseefa’s sister, Bakhtawar Bhutto-Zardari, shared a photo of her with a bandage on her forehead. After the incident, PML-N Vice President Maryam Nawaz said in a tweet that she hoped Aseefa remained unhurt and prayed for all participants of the march to remain safe.