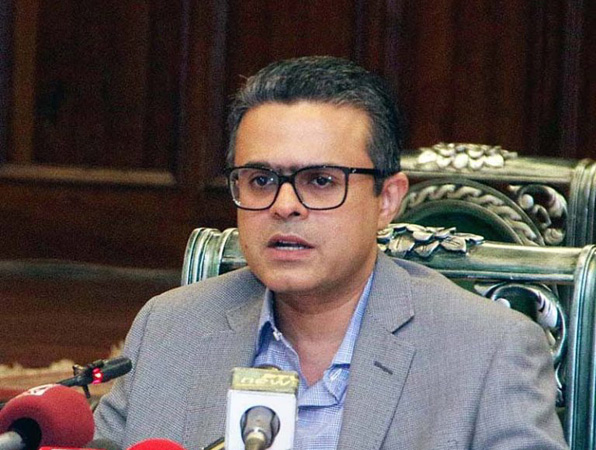 Special Assistant to the Chief Minister Punjab on Information, Tourism, PHAs and Spokesperson to the Punjab Government Hasaan Khawar has said that PHA has initiated “Plant for Pakistan” campaign on the instructions of Chief Minister Punjab Sardar Usman Buzdar. Under the campaign, PHA will meet the target of planting more than 300,000 native plants, of which about 100,000 will be distributed among the people free of cost. He said that after the successful completion of “One Billion Tree Tsunami”, the journey of planting ten billion trees across the country is in full swing in line with the vision of Prime Minister Imran Khan.

Our goal is to make our cities, villages and streets clean and green so that our future generations can breathe in a clean and healthy environment, SACM maintained. These views were expressed by Special Assistant to Chief Minister Punjab Hasaan Khawar while talking to media at Liberty Chowk Lahore after distributing free plants among the citizens under “Plant for Pakistan” campaign. On this occasion, he said that PHA teams are participating in this campaign with utmost zeal and zest so that PHA Lahore can be made a role model for the whole country as per the directions of Chief Minister Punjab. Hasaan Khawar added that the government is committed to shifting 30 percent of vehicles to electric and 60 percent energy production to renewable resources by 2030.

He further said that the government has so far planted 53 Miyawaki forests across Punjab, including the world’s largest Miyawaki forest at Saghian in Lahore. “Our mission is to eliminate air as well as political pollution from the country” he said. Talking about ongoing political situation in the country, he said that at present Asif Zardari is the producer of this political film while Maulana Fazal Ur Rehman is eyeing the lead role which seems impossible. He further said that Asif Ali Zardari has formally started his election campaign. Bilawal Zardari is preparing for the fireworks after the victory but the people will see that their plans will turn to ashes. He added that developed countries around the world are also being affected by inflation and high prices of commodities. In such a tough economic landscape, Prime Minister Imran Khan has shared the pain of the weaker sections by announcing a historic relief package.

Rai Taimoor Khan Bhatti said that the Punjab govt has revived the historic Horse & Cattle Show after a gap of several years. “The sports competitions of football, hockey, kabaddi, volleyball, wrestling and tug-of-war will be organized as part of Horse & Cattle Show”.

He said that the teams from all provinces will participate in sports competitions scheduled to be held in connection with Horse & Cattle Show at different venues of Nishtar Park Sports Complex from March 9 to 12.

Punjab Sports Minister said the events of peace and gymnastics will also be organized on this occasion in which over 900 girls and boys (600 in peace and 300 in gymnastic show) will demonstrate their eye-catching performances”.

The participation of provincial sports teams in Horse & Cattle Show will help a lot in the promotion of unity and harmony among the people of Pakistan. “The culture of Punjab will be reflected through Horse & Cattle Show events,” Punjab Sports Minister.