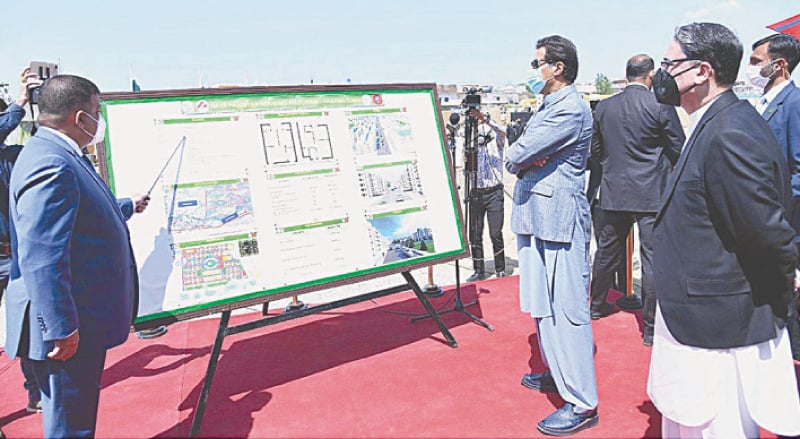 ISLAMABAD:Prime Minister Imran Khan on Friday said the government was fulfilling the poor segment’s dream of purchasing their own house. The prime minister, who performed the balloting of low-cost apartments of Farash Town, Islamabad, here in a simple ceremony, directed to ensure transparency in the allotment of houses.

He said in view of the growing population and to tackle the haphazard expansion of cities, the model of high-rise buildings should be adopted. The Farash Town project of 2000 low-cost apartments was being completed through a joint venture between the Naya Pakistan Housing and Development Authority, and the Capital Development Authority (CDA).

With the price of apartment fixed at Rs 3.2 million each, the government will provide a subsidy of Rs 300,000 on every apartment to reduce the per unit cost at Rs 2.9 million for the benefit of allottees.

The project was being competed on the special interest of Prime Minister Imran Khan to help the poor and middle classes to realize the dream of buying their own house in the Federal Capital.

Since the private banks were providing the facility of loans on easy installments for the purchase of apartments, the monthly installment of these apartments had come at Rs 13,000 as against the market rate of Rs 38,000. Punjab Chief Minister Sardar Usman Buzdar, and Minister of State for Information and Broadcasting Farrukh Habib were also present in the ceremony.