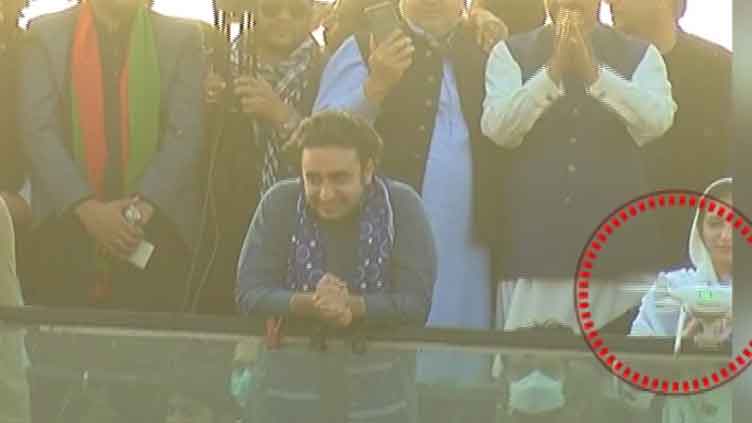 According to initial reports, Bilawal’s security team has caught the drone operator, while Asifa is being provided medical aid inside the container. The Pakistan Peoples Party (PPP) long march towards Islamabad reached Khanewal on Friday. The protest, aimed to oust the PTI government and Prime Minister Imran Khan, started in Karachi. It is being led by PPP Chairperson Bilawal Bhutto-Zardari.

According to reports, Asifa has been shifted to Bilawal House Multan where a team of doctors and specialists will examine her. PML-N Vice-President Maryam Nawaz took notice of the incident and inquired Asifa about her health.” Hope you are not hurt,” she wrote on Twitter.

Addressing the participants of the march, Bilawal confirmed that his sister was wounded after being hit by the drone.