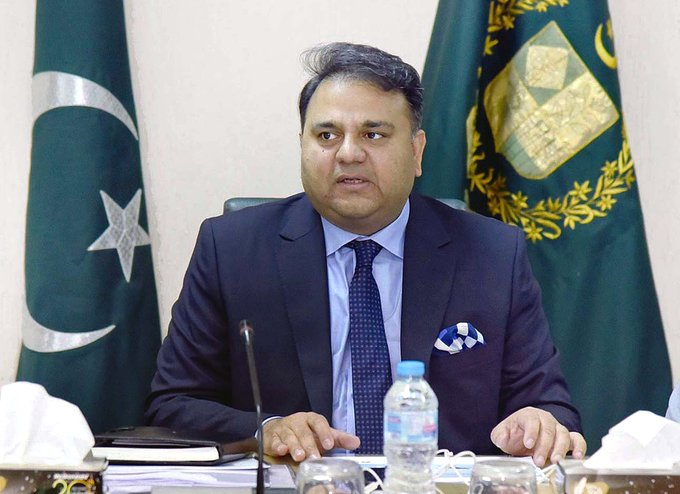 RAWALPINDI: Federal Minister for Information and Broadcasting Chaudhry Fawad Hussain Friday asked opposition leaders to come to the stadium and support their team to strengthen the government’s hands in the revival of international cricket, which the country was witnessing after a gap of almost 24 years.

The minister accompanied by Governor Sindh Imran Ismail visited and talked to media persons at Rawalpindi Cricket Stadium where the first test cricket match is being played between Pakistan and Australia.

“In such a time when [international] cricket is reviving in Pakistan, and such a mega event [Pakistan-Australia cricket series] is taking place, they [opposition parties] are talking about the long march . . . We will give opposition leaders a free box to watch the match…,” Fawad said while extending his invitation to the opposition.

Fawad asked the opposition to be a part of a national cause and join people in the stadium instead of doing politics of agitation and undue criticism on the relief packages given to the masses.

The opposition’s planned long march against the government would dent the country’s image, especially when such a mega event of international cricket matches was taking place in Pakistan, he remarked.

“We [Pakistan and India] should support each other,” he said stressing the need for revival of cooperation between the two countries in the fields of cricket, film and music.

Fawad said he also believed in the restoration of people-to-people contacts between the two neighbouring countries.

The minister said around 65 percent of people in India did not vote for Narendra Modi and they were suffering due to his wrong policies besides other minorities living there including Muslims.

To another question, Fawad hinted that Prime Minister Imran Khan would visit the Rawalpindi Cricket Stadium to watch the match at his convenience.