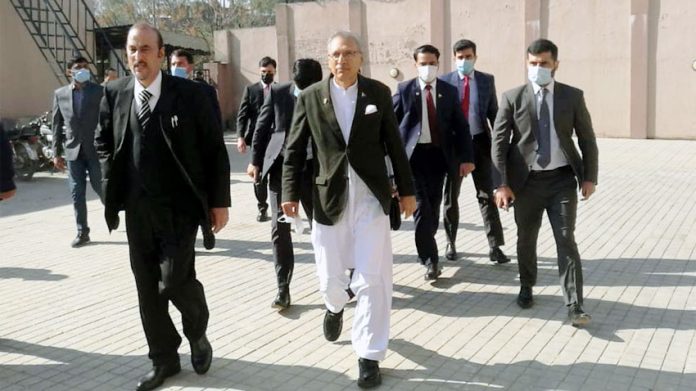 ISLAMABAD: President Dr. Arif Alvi on Friday, without taking his constitutional immunity, appeared before the Anti-Terrorist Court in the hearing of a case registered against him in 2016.

The president along with his counsel and Adviser on Parliamentary Affairs Babar Awan appeared in the court of Judge Muhammad Ali Warraich.

The president had requested the court to appear in the proceeding of the case like a common citizen, irrespective of his presidential immunity.

President Alvi in a statement before the court said though the Constitution of Pakistan granted him immunity, however, he felt that it was appropriate to appear in person after studying the precedents in Islamic history.

He said that he wanted to set an example in the country in line with the respect for rule of law, in spite of one’s position and stature.

The president also drew the attention of the court towards delay in the judgment of cases and said early dispensation of justice was a vital aspect of society.

After the hearing, President Alvi drove his car back to his office.