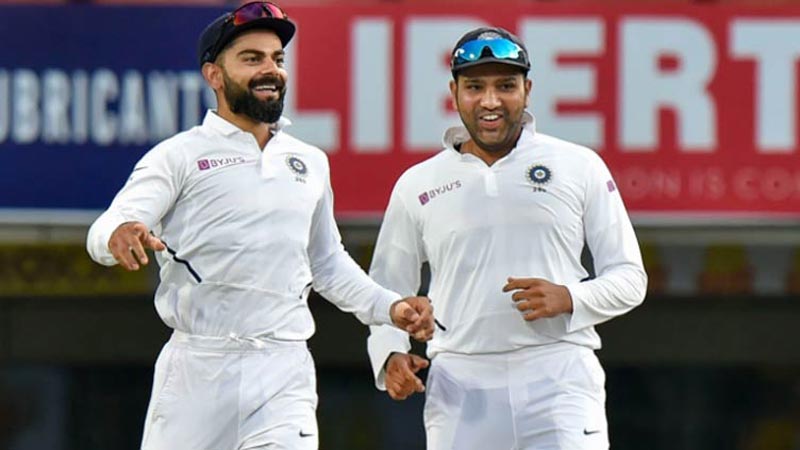 NEW DELHI: Rohit Sharma begins a new era as India’s Test captain on Friday (today) when the two-match series against Sri Lanka begins, as predecessor ViratKohli makes a landmark 100th appearance. Rohit is now in charge across all formats, succeeding Kohli who drove India up the world rankings but failed to lift any international silverware. Rohit, 34, reasserted his white-ball leadership credentials with a 3-0 Twenty20 sweep of Sri Lanka on Sunday that gave India a record-equalling 12th straight win. Batsman ShreyasIyer lauded the new captain for his hands-on approach with players ahead of the match in Mohali. “He is amazing. He thinks from a player’s point of view,” Iyer told the Times of India newspaper. “He has got that mindset, where he connects to every individual and knows what he needs from support staff and coaches. I really respect him a lot.”

‘King Kohli’: The spotlight though will be on “King Kohli” who shocked fans when he quit as Test skipper following his 99th Test at the end of India’s 2-1 series loss in South Africa in January. The star batsman, who stepped down as Twenty20 skipper last year and was then sacked as ODI leader, led India to great heights including a stay at the top of the Test rankings for over three years. But Kohli’s inability to win a global trophy for a cricket-obsessed India seemed to be his undoing as leader and Rohit was an obvious successor, having led Mumbai Indians to a record five IPL titles. At least fans will be allowed to see Kohli’s milestone after the Punjab cricket association backtracked to allow crowds of up to 50 percent capacity in Mohali despite Covid-19 fears in the northern city. India’s new vice-captain JaspritBumrah, one of several possible younger successors to Rohit, said a win over Sri Lanka would be a perfect “gift” for Kohli.”It’s a testimony of his hard work, of his dedication to play 100 Test matches for your country. So it’s a great occasion,” India’s vice-captain JaspritBumrah told reporters. He added that despite no longer being captain, and being short of runs in recent months, Kohli “will contribute a lot in the future as well”.

India favourites: Iyer will be in contention for a place in the Test eleven after his three successive unbeaten half-centuries led India’s T20 dominance in the Twenty20 series. Sri Lanka sit at the top of the ICC Test championship points table with a 2-0 series sweep of West Indies after depending on their spinners in Galle, but the slow bowlers will not find it easy against India’s solid batting line-up. India also possess a potent spin attack and Sri Lanka’s batsmen such as captain Dimuth Karunaratne and Dhananjaya de Silva will be challenged by Ravichandran Ashwin and Ravindra Jadeja operating on their home turf.”Dimuth Karunaratne is one of the best Test openers and he is going to be crucial up the order,” Sri Lanka’s cricketer-turned-commentator Russel Arnold was quoted as saying by cricket.com. “In the bowling department, they have Dushmantha Chameera, Lahiru Kumara, Lasith Embuldeniya and Suranga Lakmal. To win a Test match, you have to keep going for a longer period. I think this batch can do that.”