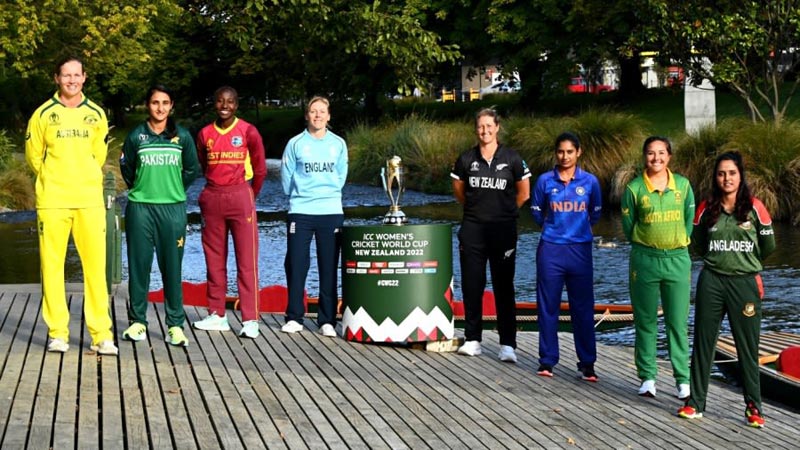 WELLINGTON: The Women’s Cricket World Cup begins in New Zealand on Friday (today), with organisers keen to capitalise on growing interest in the women’s game after overcoming a string of pandemic-related hurdles. The eight-nation tournament was originally scheduled for early 2021 but had to be postponed until March this year after coronavirus-related travel restrictions made it impossible to get the teams into New Zealand. Even now, overseas players have been required to undergo 10 days of isolation and must abide by strict “bubble” health protocols. Crowds are also restricted as the host nation attempts to contain an outbreak of the highly transmissible Omicron variant, meaning spectators must congregate in “pods” of 100 dotted around venues.

While the spectre of positive tests among players hangs over the event, tournament chief executive Andrea Nelson said plans were in pace to cope with most contingencies. “We’ve had to deal with challenges the whole way through on this event, and we’ve overcome them all so far, so I have no doubt we’ll continue to do so,” she said. The 2017 tournament in England, won by the host nation, was viewed by 180 million worldwide but Nelson said the potential for women’s cricket was even bigger, pointing to 2020 T20 Women’s World Cup in Australia. “We’ve got such a massive and growing audience for cricket — the T20 Women’s World Cup final was viewed by 1.1 billion people around the world, which dwarfs the men’s Rugby World Cup by comparison,” she said.

It will be the tournament’s 12th edition, with six-time winners Australia entering as favourites followed by reigning champions England who have lifted the trophy four times. New Zealand are the only other side to have won, when they last hosted the tournament in 2000, while India were beaten finalists in 2005 and 2017. Pakistan, South Africa, the West Indies and Bangladesh round out the field, with the latter making their tournament debut.

‘Break the glass ceiling’: The event uses a round-robin format, with each team facing one another over the course of 28 matches, followed by a three-match knockout phase involving the top four teams. There are six host cities: Auckland, Hamilton, Tauranga, Wellington, Dunedin and Christchurch. The final will be played at Christchurch’s Hagley Oval, which has been refurbished with lights and improved facilities to bring it up to international standards. It’s a far cry from the last time New Zealand hosted the tournament, when most matches were played at a university oval 25 kilometres outside Christchurch.

Prize money for the tournament has been boosted to $3.5 million, up from $2 million in 2017, with the winning team will banking $1.32 million. While the prize pool does not match the $10 million paid out at the men’s tournament, Australian fast bowler Darcie Brown said it still reflected gains achieved in the women’s game. “I’m just really grateful to actually be able to be paid to play cricket… that’s all I’m worried about at the moment,” she said. “Getting paid to play a sport that you’ve grown up playing is always pretty cool.”

Pakistan captain BismahMaroof said she was relishing the prospect of finally taking the field, with her team launching its campaign with a blockbuster against arch-rivals India in Mount Maunganui on Sunday. “Covid has had an impact on women’s game around the world, but this tournament promises a new beginning and comes with a ray of hope of us getting back to normal life,” she said. “For Pakistan, the Women’s Cricket World Cup 2022 is an opportunity to leave a mark and break the glass ceiling.”