Chief ministership for Elahi not off the table: Sanaullah 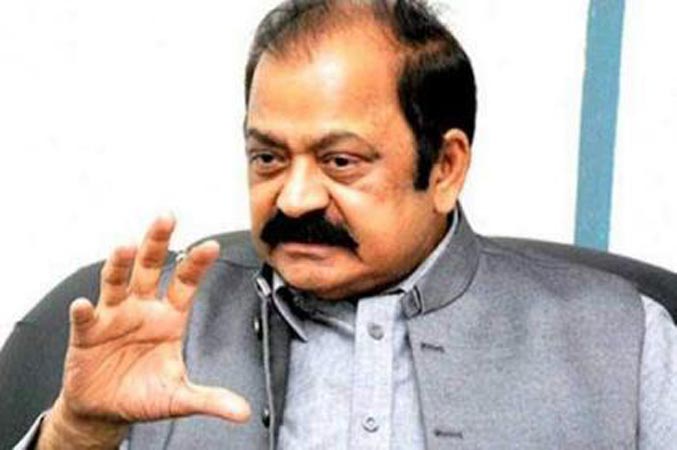 Appointing Pervaiz Elahi as the chief minister of Punjab is not off the table, revealed a senior leader of the Pakistan Muslim League-Nawaz (PML-N). “All I want to say right now is that it is not off the table,” PML-N’s Rana Sanaullah told a private TV channel, refusing to provide any further details. There has been speculation of late that the opposition political parties, who are gearing up to table a vote of no confidence against the prime minister, could appoint Pervaiz Elahi, head of the Pakistan Muslim League-Q (PML-Q) as the chief minister of Punjab. In Punjab, the PML-Q is a rival political party of the PML-N, the largest opposition party in the country. Yet, on February 13, PML-N’s president Shehbaz Sharif met the leadership of the PML-Q after a gap of 14 years to garner support for the no-trust vote. Speaking about the vote, Sanaullah said that the timing, of when the resolution will be tabled, and the who it be tabled against first, the speaker of the National Assembly or Prime Minister Imran Khan, will be decided by three people: Jamiat Ulema-e-Islam (JUI)’s Maulana Fazlur Rehman, PML-N’s Nawaz Sharif and Pakistan People’s Party’s Asif Ali Zardari. On Wednesday, Fazl announced that a joint opposition could table the no-confidence vote within 48 hours. But Sanaullah said he was not sure why Rehman gave the 48-hour deadline, since the National Assembly is not in session at the moment.