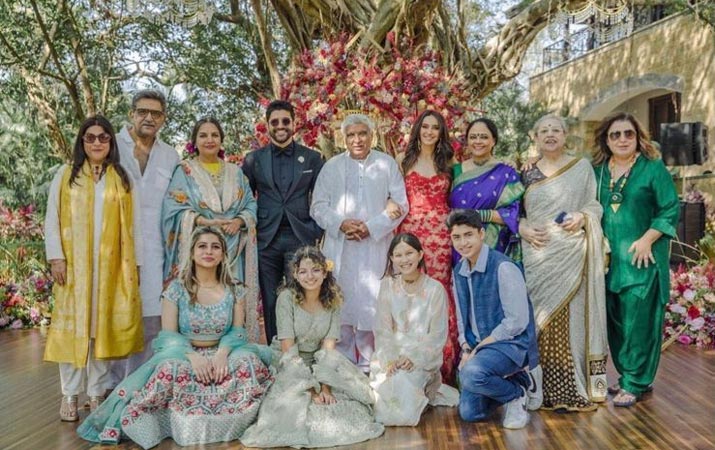 Shibani Dandekar has changed her Instagram bio again after adding ‘Mrs Akhtar’ a few days after their wedding.

Shibani no longer has the two words on her Instagram bio while she continues to have Farhan’s surname behind her name. She spells herself as Shibani Dandekar-Akhtar on the picture sharing platform.

She had earlier changed her name to Shibani Dandekar-Akhtar and her bio to ‘Producer, Presenter, Actress, Singer and Mrs Akhtar’.

On Thursday, Shibani gave a shoutout to mother-in-law Shabana Azmi who featured in the teaser for upcoming series Halo. Sharing the teaser on her Instagram Stories, Shibani wrote, “This is incredible. Cannot wait to @azmishabana8 in @halotheseries. March 24th super excited super proud.”

Earlier, Shabana had welcomed Shibani into the family. The actor shared a family picture of all of them together and wrote, “Happy family welcomes lovely Shibani into the family fold.” Farhan’s mother Honey Irani as well as his daughters Shakya and Akira were also in the frame. Farhan is lyricist Javed Akhtar’s son with his first wife Honey.

Farah shared a picture from the lunch on Instagram and wrote, “Best afternoon in a very long time.” Shibani also shared the picture and wrote, “Had the best time! So much love and madness in one room..thank you, Farah. Love you so much.” The photo showed the room decorated with balloons with Farhan and Shibani’s initials on them.