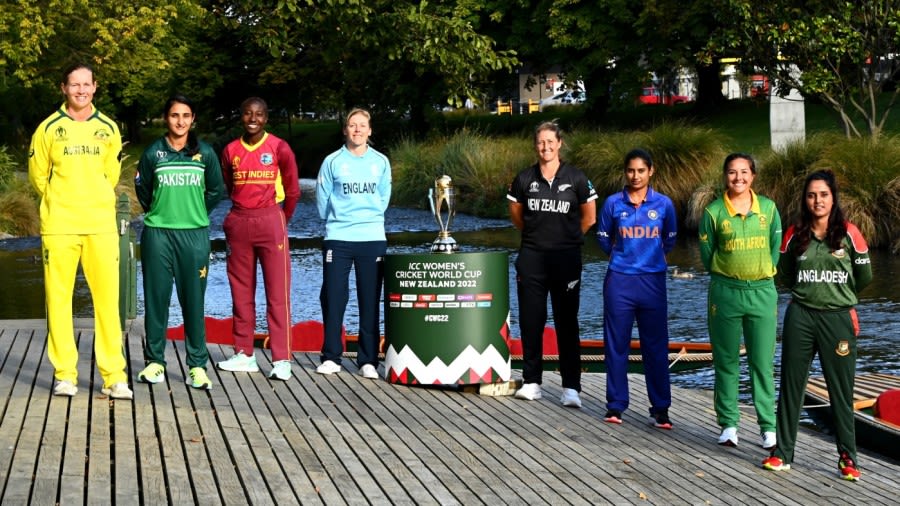 Wellington: England captain Heather Knight hopes her side’s ability to thrive in tournament cricket will help them in their quest to defend the Women’s World Cup title.

Knight led her side to a thrilling World Cup final win against India in front of a sold-out Lord’s crowd five years ago.

But the current England squad arrived in New Zealand on the back of a crushing 12-4 defeat by arch-rivals Australia in the multi-format women’s Ashes.

As if that were not enough, England lost all three one-day internationals — the format of a World Cup they start with a match against Australia in Hamilton on Saturday.

Australia, for all the shock of a stunning nine-wicket warm-up defeat by New Zealand in Christchurch, where home captain Sophie Devine struck a brilliant 161 as her side chased down a huge target of 322, remain the tournament favourites.

The Southern Stars have lost just one ODI since 2018 when they surrendered a 26-match unbeaten run to India in September.

But the structure of the World Cup, with all eight teams playing each other in a round-robin group stage, with the top four advancing to the semi-finals, could work in England’s favour.

And as both Devine and India’s Harmanpreet Kaur, who made an astounding unbeaten 171 in a 2017 semi-final win over Australia have shown, Meg Lanning’s team can be rattled in one-off games by an opponent prepared to take on their much-vaunted attack.

“We’ve got Australia first and it’s clear that we’ve got a bit of a point to prove as aside,” said Knight, speaking ahead of New Zealand’s remarkable warm-up win.

“Sometimes it’s just about getting over the line and I think that’s what we did so well in 2017.”

The advent of the domestic women’s Big Bash League in Australia, with players exposed to the pressures of lively crowds in a televised competition that also features some of the world’s best cricketers, has helped develop a depth of professional talent unrivalled elsewhere in the women’s game.

England tried to redress the balance with the launch of the women’s Hundred last year, but there is a sense they are playing catch-up.

And the way England handled the pressure of an ODI type run chase in the lone Test of the Ashes series — they needed 45 runs to win off the last 60 balls with seven wickets standing yet ended up having to block out the final 13 deliveries at nine down to hold out for a draw — was not an encouraging sign ahead of the World Cup.

Knight is confident, however, a now refreshed England, who thrashed Bangladesh by 109 runs in a warm-up game on Monday, with all-rounder Nat Sciver scoring a century, will be a different proposition in New Zealand.

Their good form continued with a six-wicket win over second-ranked South Africa in a rain-affected warm-up on Wednesday.

“I think the girls have actually digested and parked the Ashes quite well, we’ve had a bit of time off to get some headspace,” said Knight.

But the likes of wicketkeeper Amy Jones and middle-order shotmaker Sophia Dunkley have given England a dash of youthful dynamism with the bat and in the field.

For Dunkley, the transformation from a spectator at the 2017 final to squad member has been a dream.

“I remember watching the girls do a lap of honour at the end and clapping them round,” Dunkley told Britain’s Guardian newspaper.

“Then there was a moment where they announced that the next World Cup was going to be in New Zealand, and in my head, I was like: ‘Right, I want to be there.”

Not that merely being there is the summit of her ambitions, with Knight’s side bidding to become the first England team to retain the World Cup.

“To be back? to-back champions would be an amazing historic moment,” said Dunkley.