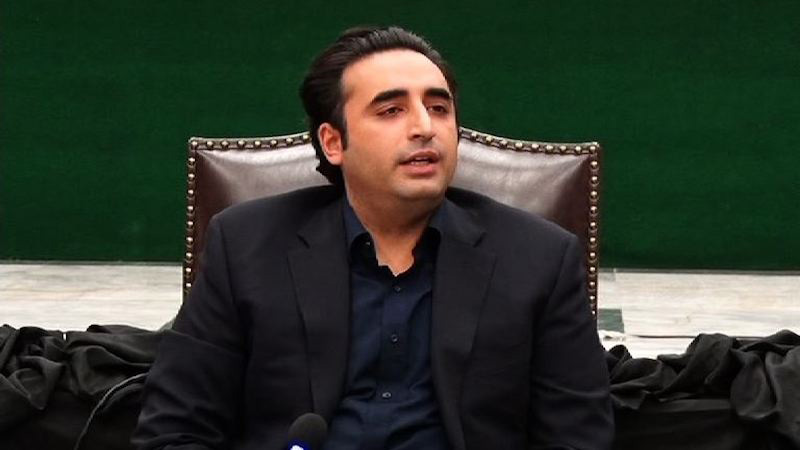 Addressing a reception of the Awami long march when it reached the Sindh-Punjab border town of Ghotki, he said the selected had lost the confidence of the people and the time had come to table a no-confidence against him in the Parliament.

Bilawal said with the long march of Jiyalas, the puppet who used to say that inflation was a world phenomenon and he could not give relief to the people was compelled to reduce the prices of petrol and electricity, says a news report.

Taking a jibe at PM Imran Khan, Bilawal said the puppet in fact used a gimmick because just a few days back he had increased petrol price by Rs12 per litre and just a day ago increased power tariff by Rs6 and then announced 10 and 5 rupee reduction in prices respectively.

Bilawal said he would fulfil the promises which his late mother Benazir Bhutto made during her lifetime. Bilawal thanked the residents of the city and said Prime Minister Imran Khan faced defeat because they stood against him.

“The PM promised us a change but only brought an economic crisis in the country,” he said.

Talking about the current situation in the country, the chairman said that there was a lack of jobs as people were going through the worst economic situation.

The chairman said that the nation will have to fight for its right and for the future of the upcoming generation, adding that “he will fulfill the promises made by late Benazir Bhutto.”

He reiterated that the opposition will topple the government following democratic tactics and that “it’s time to bring about a no-confidence motion against PM Imran Khan as his time is over”.

Bilawal further stated that the party has taken to the streets for the rights of Pakistanis and urged more people to join the long march in Islamabad and help them send the “puppet government” home.

The PPP chairman said that whenever the people have got their rights, it was under the PPP’s rule.

He said that the PPP has given the provinces their rights in the form of the 18th amendment.

After Bilawal concluded his brief address, the participants and the leaders gathered at Numaish Chowrangi commenced the long march as a convoy.

The long march – led by the PPP chairman – started from Karachi and it will reach the capital in 10 days passing through 34 different cities.

The party had announced the long march to protest the inflation, hike in petroleum products prices and other measures taken by the PTI-led federal government.