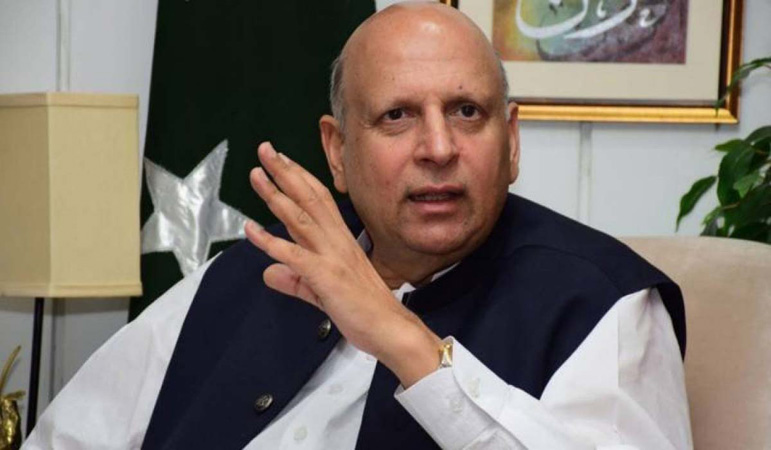 Punjab Governor Chaudhry Mohammad Sarwar met the Archbishop of Canterbury Justin Welby and talked about government’s measures regarding religious freedom in Pakistan and promotion of religious harmony, besides matters of mutual interest.

The meeting took place on the sidelines of a welcome reception by the Church of Pakistan in Lahore during which Chaudhry Mohammad Sarwar told Justin Welby about the steps taken to provide safety and facilities to the minorities in Pakistan.

Speaking at the ceremony, Governor Punjab Chaudhry Mohammad Sarwar welcomed the Archbishop of Canterbury Justin Welby and his delegation. He said the government is taking all measures to ensure religious harmony in Pakistan and the safety of the lives of its minorities.

“Pakistan is the country that provides complete religious freedom and protection to its minorities and under the leadership of Prime Minister Imran Khan, the government is taking practical steps to provide maximum relief for health and education along with other facilities to minorities,” Sarwar assured.

Sarwar said the societies which do not give rights to minorities cannot make progress, adding that India is the country where minorities have been pushed against the wall and these minorities are on the verge of genocide. He said the Indian leaders like Prime Minister Modi have become the supporters of religious extremists. He said all minority groups have been given rights as per the vision of Father of the Nation Quaid-e-Azam Muhammad Ali Jinnah, adding that all minorities including Christians are playing an exceptional role in the development, stability and peace of Pakistan.

The Archbishop of Canterbury, who is Head of the Church of England as well, appreciated the steps taken by the government regarding religious freedom and the protection of Christians. He praised the measures under the leadership of Prime Minister Imran Khan for maintaining peace as well.