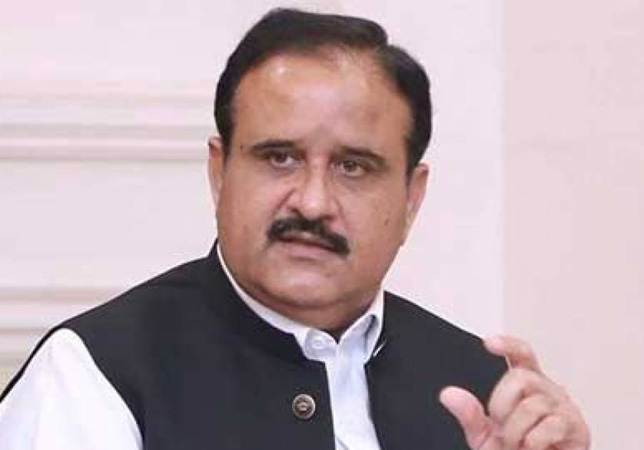 Chief Minister Punjab Sardar Usman Buzdar while paying rich tribute to the yeoman service rendered by the nursing community has said that several steps are being taken for their welfare.

Addressing the maiden nursing convention-2022 at the CM house on Wednesday, the CM announced to give Rs2.5 billion to 28 nursing colleges along with a special quota for candidates of backward areas in the nursing institutions.

He also gave away upgradation certificates to the nursing colleges’ principals of different districts. He also announced that March 2nd would be observed as a nursing day in the province every year and pointed out that the BS nursing degree programme was also started by upgrading 44 schools as nursing colleges.

He said monthly stipend had been increased from Rs20,171 to Rs31,470 for the nursing students. He said the posts of nursing instructors, deputy nursing superintendents and clinical instructors had been elevated from grade-17 to 18. Alongside, he added the public health nursing schools of Lahore and Chakwal were being upgraded with respect to the BS midwifery programme and maintained that more than ten thousand nursing staff had been recruited and promoted in three and a half years.

Meanwhile, 48,000 doctors and paramedics had also been recruited while the process was in progress to complete recruitment against 130,000 posts, he added.

The chief minister informed that a male nursing college had been established in Shahdara Teaching Hospital, Lahore along with the introduction of online admissions in the nursing programme.

Buzdar said the government had also completed affiliation of 16 nursing colleges with concerned medical universities. He appreciated the doctors and nurses for rendering invaluable services during the corona pandemic.

The CM regretted that the past government did not pay attention to the nursing sector and pointed out that more than double the health budget had been given by the incumbent government.

He explained that Rs403 billion had been allocated for health sector as 8 mother and child hospitals were being constructed along with 23 new government hospitals.

Similarly, he added that an amount of Rs400 billion had been allocated to give new Pakistan Qaumi Sehat Cards to 30 million families in the province to provide free healthcare facilities to the masses. “This programme has already started in seven divisions where 73 per cent of the population of the province has already been benefitting from this facility,” he said. The CM said the entire population in the province would be benefitted from this programme by the end of this March.

Earlier, the guard of honour was presented to nurses in recognition of their meritorious role before the start of the nursing convention.

The CM also had lunch with nurses and assured them to resolve their problems.