Russian forces shelled several Ukrainian cities on Wednesday as troops battled in the streets of Kharkiv and Ukraine’s president accused Moscow of wanting to “erase our country”.

Russia also said it had captured the Black Sea port of Kherson on the seventh day of Moscow’s invasion, while Russian artillery massed outside the capital Kyiv — raising fears of an imminent assault.

Several victims were reported killed by the shelling in southern and eastern Ukraine, adding to a civilian death toll of at least 350 people, including 14 children, according to Ukrainian authorities.

Russia has defied massive economic and diplomatic sanctions and growing global isolation to push on into pro-Western Ukraine, where its forces have encountered stiff resistance.

AFP saw the aftermath of apparent Russian bombing on a market and a residential area in Zhytomyr, around 150 kilometres (93 miles) from Kyiv, and in Kharkiv, Ukraine’s second biggest city.

“There is nowhere in Kharkiv where shells have not yet struck,” said Anton Gerashchenko, an adviser to Ukraine’s interior minister, after Russian airborne troops landed in the city before dawn.

In Kyiv, mayor Vitali Klitschko said that “the enemy is drawing up forces closer to the capital”.

“Kyiv is holding and will hold. We are going to fight,” the former champion boxer added. Many residents have been hunkered down for a week and dozens of families could be seen sheltering on Wednesday in the Dorohozhychi metro station. “What happens to us down here when the food runs out? Do we try to get out and run?” said Volodymyr Dovgan, a 40-year-old IT engineer.

With the international community piling pressure on Russia to halt the conflict, the Kremlin said a Russian delegation would be ready to meet Ukrainian officials at an undisclosed location on Wednesday. A Ukrainian delegation member, David Arakhamia, said there would be talks but did not specify a place, date or time.

Initial talks on Monday between Russia and Ukraine failed to yield any breakthroughs. In a video address on Wednesday, Ukraine’s President Volodymyr Zelensky said Russian forces wanted to “erase our country, erase us all”.

The leader said Tuesday’s strike on a television mast in the capital Kyiv demonstrated Russia’s threat to Ukrainian identity. Five people were killed in the attack on the tower at Babi Yar, the site of a Nazi massacre in which over 33,000 people were killed — most of them Jews. The 44-year-old Zelensky, who is himself Jewish, urged Jewish people around the world to speak up.

“Nazism is born in silence. So, shout about killings of civilians. Shout about the murders of Ukrainians,” he said. In his first State of the Union address on Tuesday, US President Joe Biden called Russian President Vladimir Putin a “dictator” and warned of more sanctions to cripple Russia’s economy. Russian troops rolled into Ukraine last week to achieve Putin’s mission of overthrowing Zelensky’s government and “denazifying” the pro-Western country.

The UN said nearly 875,000 people have fled since the conflict began, including thousands of students and migrant workers from Africa and the Middle East who had been living in Ukraine.

“We left everything there as they came and ruined our lives,” said Svitlana Mostepanenko, a refugee registering in Prague.

While Ukrainian forces have held Russian forces back from the country’s main cities, the Russian army said it was now in “full control” of Kherson, a city with a population of 290,000 people.

The claim was not confirmed by Kherson mayor Igor Nikolayev who appealed on Facebook for permission to transport the dead and wounded out of the city and for food and medicine to be allowed in. “Without all this, the city will die,” he wrote.

Ukraine’s army also said there was a fierce battle under way in Kharkiv, in northeast Ukraine near the Russian border with a population of 1.4 million. “There is an ongoing fight between the invaders and the Ukrainians,” the army said on the messaging app Telegram.

In an important strategic victory, Russian troops attacking from the Crimean peninsula said they had linked up along the Azov Sea coast with pro-Moscow separatists in eastern Ukraine. The separatists have been fighting Ukrainian government forces since 2014 in a conflict that has killed more than 14,000 people. 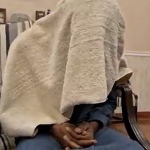