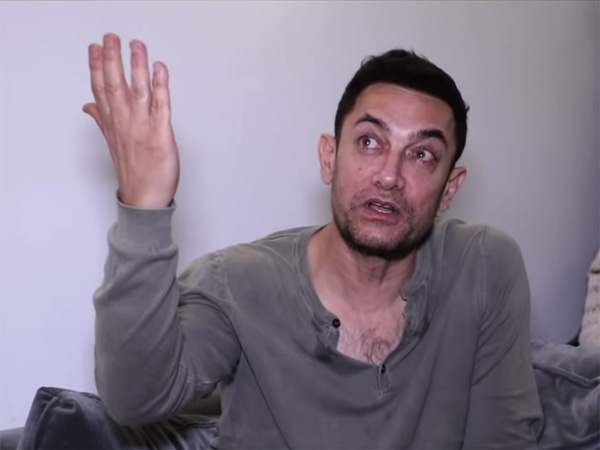 Aamir Khan says he broke down as he watched Amitabh Bachchan starrer Jhund. In a video released by T-Series on YouTube, Aamir could be seen crying after watching the movie in a private screening as he says “What a film. My God. Bohut hi behtareen film hai.”

Expressing his likeness for the movie further, the Dangal star gave a standing ovation as he wiped his tears.

“It has happened for the first time that a film has received a standing ovation during a private screening,” the actor was heard saying in the video.

He added, “I don’t have words to say. The way you have captured the emotions of girls and boys of India, it’s unbelievable. The way the children have worked is unbelievable.”

The 56-year-old megastar continued, “What a film you have made! It’s a fantastic film. It’s very unique, I don’t know how you guys were able to make it. The spirit that you have captured doesn’t come from logic.”

“The film breaks and undoes whatever we have learnt in the last 20-30 years. You have made a football of that,” Aamir added, sharing he was overwhelmed by it.

Applauding the performance of the 79-year-old Sholay star, Aamir concluded, “What work he has done! He has done great films in his career. But this is one of his best films. One of his greatest films.” The movie captures the life of a social worker Vijay Barse who motivates slum kids to form a football team. The movie is all set to hit the theatres on March 4, 2022.