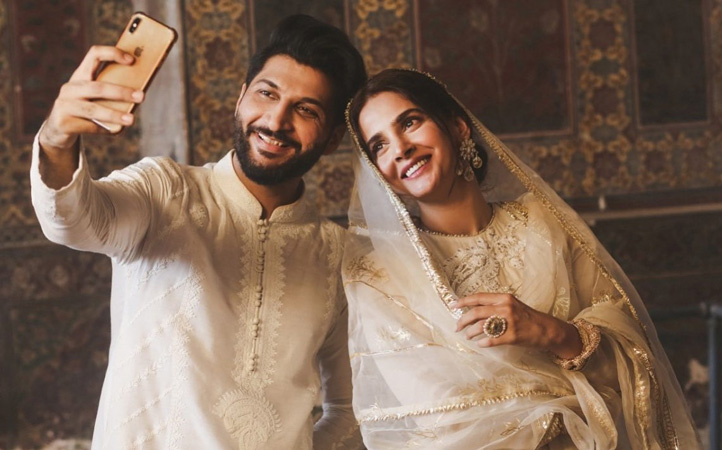 A Lahore district court on Wednesday dismissed an application moved by actor Saba Qamar and singer Bilal Saeed seeking their acquittal in a case related to the alleged desecration of Wazir Khan mosque.

The court earlier today reserved the verdict after the defence and prosecution sides concluded their arguments.

Saba Qamar’s lawyer contended before the court that the case was filed ten days after the video was shot inside the historic mosque. The FIR was lodged on an application filed under Sections 22A and 22B of the Criminal Procedure Code, he added. As per the report of the Auqaf department’s regional manager Ikhlaq Ahmed, the counsel said there was nothing objectionable about their outfit nor did they indulge in any act that could be deemed unethical. On the other hand, a state counsel stated that the prosecution has footage of the two dancing inside the mosque. The mosque is a place of worship, where dance cannot be allowed, he said, arguing that their act hurt the sentiments of the Muslims. He pleaded with the court to dismiss the acquittal plea of Saba Qamar and Bilal Saeed.

In August 2020, the Akbari Gate police had registered a first information report against the duo for shooting a video inside Wazir Khan mosque.