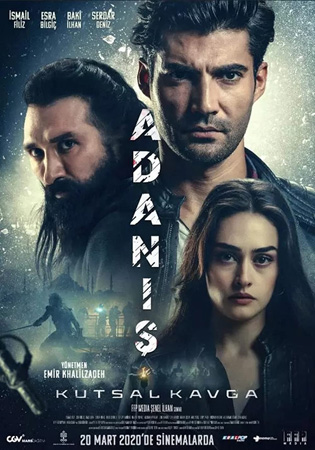 Turkey actor Esra Bilgic, who rose to fame for her work in the Ertugrul series, will be seen in an upcoming action thriller film titled Adanis: Kutsal Kavga.

The high octane trailer of Esra Bilgic’s film sees action sequences such as shootouts, car and motorcycle chases along with explosions. The film is slated for release on March 11 this year.

Adanis: Kutsal Kavga will tell the story of a group of devotees made to safeguard an important secret following the conquer of Istanbul by Turkey.

They will take the battle to dark forces who want to get hold of the secret.

Ismail Filiz will play the role of Ilhan while the role of Cemra will be portrayed by Esra Bilgic. The cast includes Baki Ilhan, Serdar Deniz, Nevzat Yilmaz, Aslihan Karalar, Turgay Tanülkü, Cenk Kangöz, Can Nergis among others as well. The direction of Adanis: Kutsal Kavga is helmed by Emir Khalilzadeh. The project is written by Baki Ilhan.