Perry to Verma: Five players to watch at the Women’s World Cup 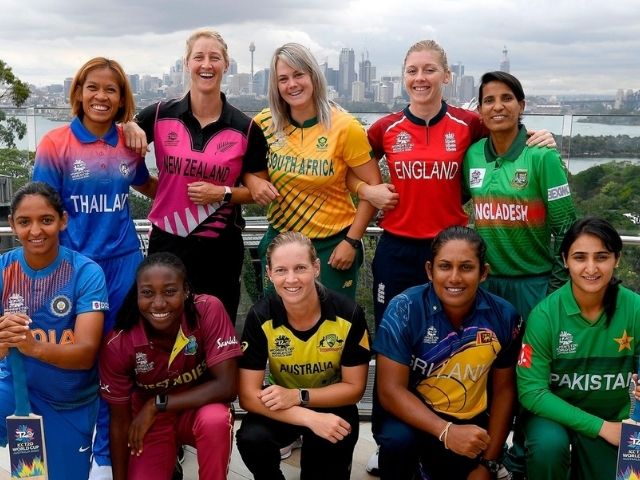 Wellington: The Women’s Cricket World Cup begins on Friday in New Zealand after a year’s delay because of the pandemic and with Australia favorites to lift the trophy.

Here, AFP Sport displays five players to watch when the 50-over extravaganza gets underway:

Ellyse Perry’s status as one of the game’s greats is already secure, but the all-rounder has a point to prove in New Zealand after her shock axing from Australia’s Twenty20 squad.

The 31-year-old has rewritten the record books since her debut in 2007, claiming five T20 World Championships, 1 Cricket World Cup in 2013, and numerous domestic honors.

Yet selectors turned to a crop of emerging all-rounders for January’s T20 series against England and Perry will be keen to use the ODI showcase to prove she is far from a spent force.

The host nation has renowned power hitters in Sophie Devine and Suzie Bates, but Amelia Kerr is the White Ferns’ form player heading into the World Cup.

Kerr was barely 16 when she made her international debut and expectations soared when she blasted an unbeaten 232 against Ireland in 2018, still the highest-ever women’s ODI score.

She took a break from cricket last year, revealing “bubble” life on the road during the pandemic that had affected her mental health.

The 21-year-old has returned refreshed and is playing the best cricket of her life, scoring 353 runs at an average of 117.7 in a player-of-the-series performance against India.

“Now we really are seeing what she is capable of… in the women’s game, she’s probably the best player we’ve ever had,” former New Zealand all-rounder Grant Elliott said.

Bismah Maroof thought she would have to retire after giving birth last August, instead, she is captaining Pakistan at the World Cup with her baby daughter in tow.

Maroof, 30, is the first player to take advantage of Pakistan cricket’s parental support policy, which allowed her to bring her mother to New Zealand with her to look after baby Fatima.

“The introduction of the maternal policy has made the game more inclusive for women,” said the left-handed batter, who has earned 108 caps in an international career spanning 17 years.

“It is a great initiative, which will definitely see more girls follow their passion.”

India’s teen batting sensation Shafali Verma has been hailed as a “rock star” by former men’s opener Virender Sehwag for her dashing performances at the top of the order.

Verma enjoyed a stellar 2021, scoring 96 and 63 in a drawn Test with England, then propelling India to the final of the Women’s T20 World Cup in Australia.

It was very different from the 18-year-old Verma’s experiences as a child when she cut her hair short so she could play cricket with the boys in the conservative northern state of Haryana, where women are not encouraged to take part in sport.

Captain Mithali Raj believes Verma, with reigning Women’s Player of the Year Smriti Mandhana at the other end, can help India lift the title after they finished runners-up at the 2017 tournament and last year’s T20 event.

“She is one of the world’s rising stars and I am backing her to have more impressive performances for India throughout the tournament with guidance and support from the stylish Smriti Mandhana,” said Raj.

Pace bowler Shabnim Ismail is a major reason why South Africa is regarded as World Cup long shots, despite never progressing beyond the semi-finals previously.

The South Africans enter the tournament ranked second in the world after winning their past five ODI series, including against India and Pakistan.

Ismail, the country is leading ODI wicket-taker and fourth internationally with 164 victims, took four wickets to seal a 2-1 series win over India in Johannesburg last month.

The 33-year-old, nicknamed “The Demon” is regarded as the fastest bowler in women’s cricket, consistently topping 120kph (75mph).

Ismail cites the uncompromising aggression of Andre Nel and Dale Steyn as her inspiration, saying even her teammates are sometimes intimidated by her intensity.

“In the South African team, a lot of girls are scared to face me,” she told Cricinfo last month.