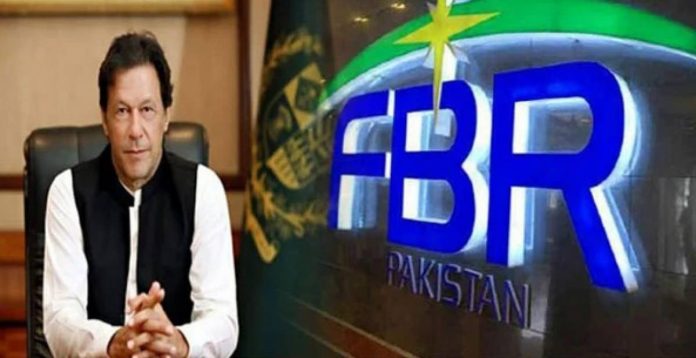 ISLAMABAD: Prime Minister Imran Khan on Wednesday said robust economic growth of 28.5 percent through high revenue collection by the Federal Bureau of Revenue (FBR) had enabled the government to subsidize petrol and electricity.

“Because of this performance of FBR we are able to subsidize petrol, diesel, and electricity and give relief to our people,” he said in a tweet.

The prime minister mentioned the revenue collection of February that surpassed the target of Rs 441 billion.

“FBR has successfully knocked down February revenue target of Rs. 441 billion, posting robust growth of 28.5 percent, and up to the month’s growth of over 30 percent,” he said.

The FBR collected net revenues of Rs 3,799 billion during the first eight months of the current fiscal year (2021-22), exceeding the target set for the period by Rs268 billion.

This represents a growth of about 30.3% over the collection of Rs2,916 billion during July-February (2020-21), the board said in a statement issued here Monday.

The board during February 2022 not only achieved its assigned target of Rs.441 billion fixed for the month but also exceeded the same by Rs 2 billion as it collected Rs443 billion, according to provisional figures released by FBR.

The net collection for the month of February 2022 stood at Rs 443 billion, representing an increase of 28.3 percent over Rs 345 billion collected in February 2021.

These figures would further improve before the close of the day and after book adjustments have been taken into account, said the FBR statement mentioned.

On the other hand, the gross collections increased from Rs 3,074 billion during July-February (2020-22) to Rs 3,996 billion in the current fiscal year, showing an increase of 30 percent.

Likewise, the amount of refund disbursed was Rs197 billion during July-January (2021-22) as compared to Rs157 billion paid last year, showing an increase of 25.4 percent.