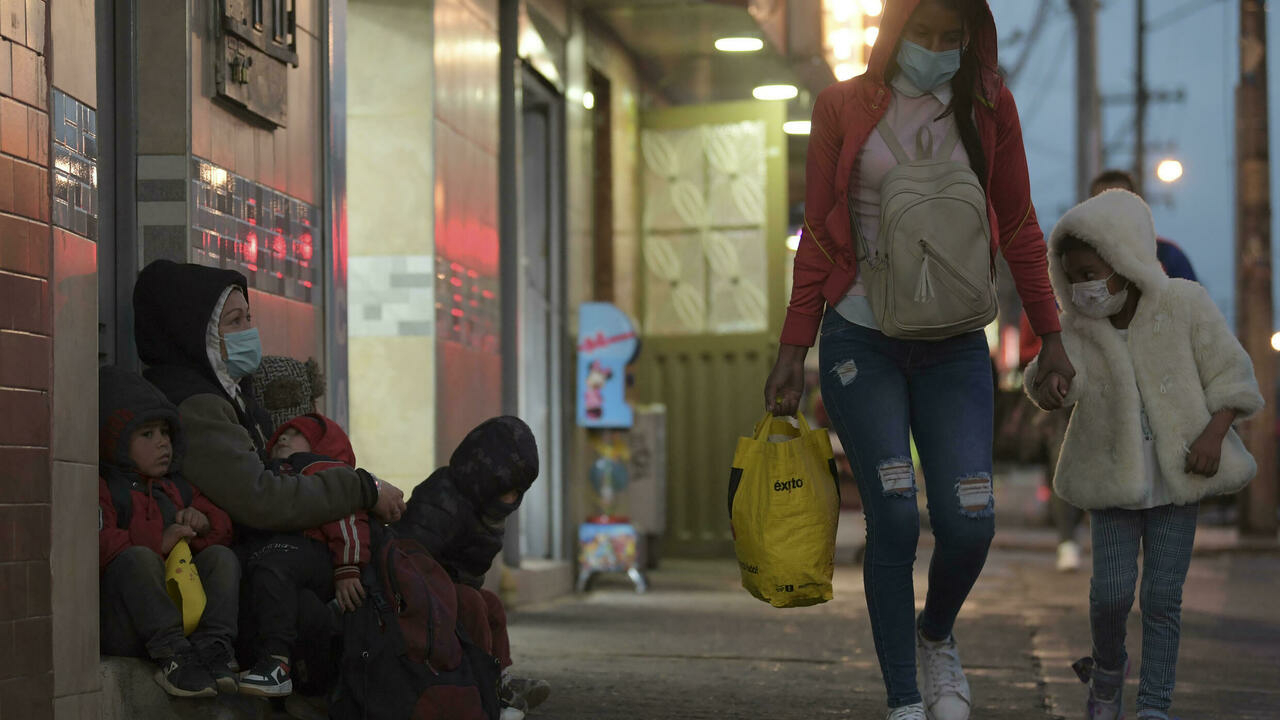 Bogota: While the Colombian government fumes over being listed as a “hunger hotspot” by UN agencies, Heidy Garzon — a single mother of nine — worries where her family’s next meal will come from.

“We don’t know what we’re going to eat tonight,” Garzon told AFP in a shantytown neighborhood of Ciudad Bolivar in the south of Bogota, two toddlers in diapers clinging to her legs.

Garzon, 38, and her kids live in a ramshackle shanty with six beds to a single clay-floored room in the poorest, most violent part of Ciudad Bolivar.

Most days, they are lucky to eat two meals a day.

On the day AFP visited, the family of 10 breakfasted on a few eggs, some chocolate, and corn patties called arepas. They also shared a mango given to them by a shopkeeper.

“Hunger is terrible,” Garzon said, adding it is “terrible to feel hungry and not be able to do anything” about it.

Last month, a report by the UN’s Food and Agriculture Organization and the World Food Programme stated that “7.3 million Colombians are food insecure and in need of food assistance in 2022.”

In Colombia, the UN agencies blamed “a combination of political instability, economic challenges and the ongoing impact of the regional migratory crisis amplified by internal displacement.”

Colombia took umbrage at its inclusion on the list, for which it said there was a lack of “factual support, methodological definition, and clarity.” The government in Bogota demanded that the “hunger hotspot” designation be removed.

Garzon, who said she was not aware of the diplomatic debacle, claimed not to have received any government help since coronavirus handouts stopped a few months ago.

She lives off odd jobs as a cleaner of homes or at construction sites, earning about 20,000 pesos (five dollars ) a day, from which she has to subtract her transportation fees.

None of her children go to school. There is not enough money for that.

Oftentimes, begging is the family’s only hope.

“Sometimes we are given something, sometimes not… so we return home hungry.

“It is hard to get up every day and say: ‘Well, what are we going to eat today?’ (…) Sometimes I feel powerless, not having anything and hearing the children saying they are hungry,” said Garzon, fighting back tears.

According to the Colombian Association of Food Banks (ABACO), about 21 million of Colombia’s 50 million inhabitants live in poverty, with a monthly income of less than 331,000 pesos (about $84).

This is not enough to buy even half a basic basket of food essentials.

Some 16 million people eat only two meals a day, and about five million — including half a million children — suffer chronic malnutrition.

The government of President Ivan Duque points to social programs that benefited 10.3 million households during the peak of the pandemic, as well as plans to boost food production and basic incomes.

It insists it has “done everything (possible) to ensure that no one suffers from hunger in Colombia.”

For Garzon and others, it is not enough.

Despite economic growth of more than 10 percent last year, the peso lost 16 percent of its value against the US dollar in 2021, and food inflation is biting hard. In one year, the price of chicken and fruit increased by more than 25 percent, that of potatoes more than doubled and oil costs almost 50 percent more.

“The reality is that for many people today, eating three times a day is a luxury,” said Daniel Saldarriaga Molina, who heads the Bogota food bank agency.

“The whole country is affected. It is not just a problem of areas that are remote, isolated, or impacted by violence… It is close to us, in the big cities, here in Bogota,” he said.