* The biggest and most anticipated food festival of the year finally comes to a close after a weekend full of food, music and entertainment 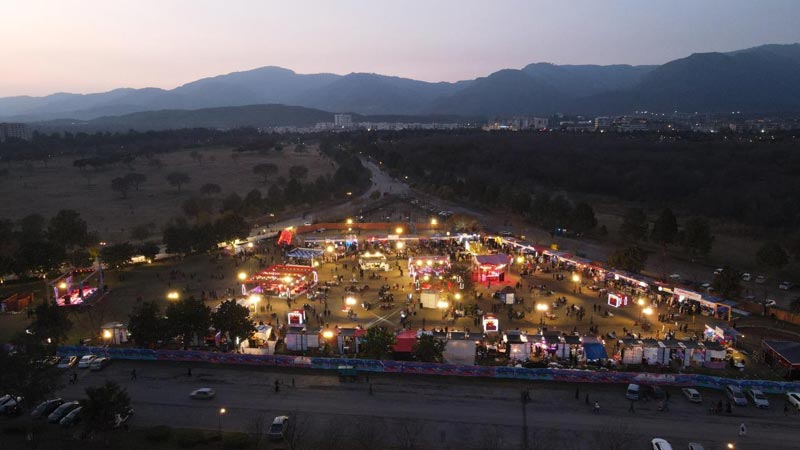 The biggest and most anticipated food festival of the year finally comes to a close after a weekend full of food, music and entertainment.

Residents from the twin cities visited the festival in throngs. Despite the chilly weather, the capital city showed spirit, as excited foodies lit up the venue with their bright, happy faces and enjoyed the delicious varieties of cuisines at the festival.

Islamabad Eat 2022 opened on Saturday, February 26th and ran till February 27th, Sunday at F-9 Park. Sponsored by Coca Cola, the festival featured over 70 different food stalls, that included well-established names as well as many new eateries. These food stalls offered around 300 unique sweet and savoury dishes that visitors could choose from. Lipton and Tapal Insta Brew kept the cold at bay by providing hot tea and coffee throughout the festival.

In addition to hosting a mouthwatering selection of food, this year’s Islamabad Eat also had an amazing lineup of music performances. Day 1 featured opening performances by Noman Jalal, Wajhi Farooki, Ameer Mustafa and Bilal Saeed. And for the closing performances, Eat Food Pakistan brought to the stage the Coke Studio gang – Karakoram, Talal Qureshi and Hasan Raheem. The festival was a huge success and this weekend full of music, food and entertainment was not only much needed but also much appreciated by the twin cities!