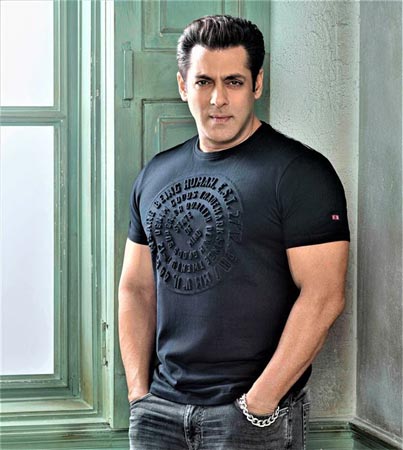 Apicture of Bollywood actor Salman Khan “getting married” to fellow celebrity Sonakshi Sinha is viral on social media platforms. The Dabangg star, 56, is considered one of the most eligible bachelor celebrities. He finds humour when making statements and facing questions about his marriage.

A fake picture of Andaz Apna Apna star tying the knot with the Rowdy Rathore star spread like wildfire on the internet.

It is to be noted that Dabangg co-stars are close friends. Their maiden project together was a stellar and a blockbuster hit.

The R.. Rajkumar, according to reports, dated Zaheer Iqbal. But she refuted them by saying they were good friends.

“We have worked in Double XL together,” she said as quoted in a report. “I really appreciate him as an actor. I think he was very good in his first film, Notebook.

“His role in Double XL is drastically different from what he did in his debut film. I think he is very talented and definitely someone to watch out for.”

The 56-year-old’s next project is Maneesh Sharma’s Tiger 3, which is expected to release in late 2022. He will be seen in Kabhi Eid Kabhi Diwali.

The latter’s direction is helmed by Farhad Samji. Pooja Hegde will play a leading role.