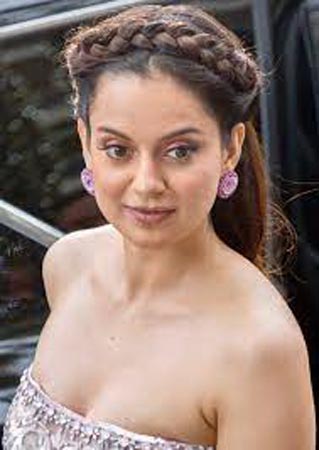 Kangana Ranaut is called the controversy queen for a reason. She took everything a level above with her latest reality show, Lock Upp. The premiere was last night and the Ekta Kapoor-backed game show is already making noise for multiple reasons. Raveena Tandon made an appearance and there were digs at Akshay Kumar and Katrina Kaif’s rendition of Tip Tip Barsa Paani.

Lock Upp already saw Kangana lock horns with contestants like Payal Rohatgi and Munawar Faruqui. She was slammed by the former contestant over trying to get publicity from Alia Bhatt starrer Gangubai Kathiawadi. As most know, Ranaut had called casting, the biggest drawback of Sanjay Leela Bhansali’s directorial.

Well, we wonder if Akshay Kumar or Katrina Kaif will ever react to the statement made by Kangana Ranaut.

Previously, we saw how Alia Bhatt gave a reference of Bhagwad Gita to respond to all the negativity spread by Kangana against her.

Later, Kangana Ranaut even appreciated the opening of Gangubai Kathiawadi as the response by the audience was highly favourable.