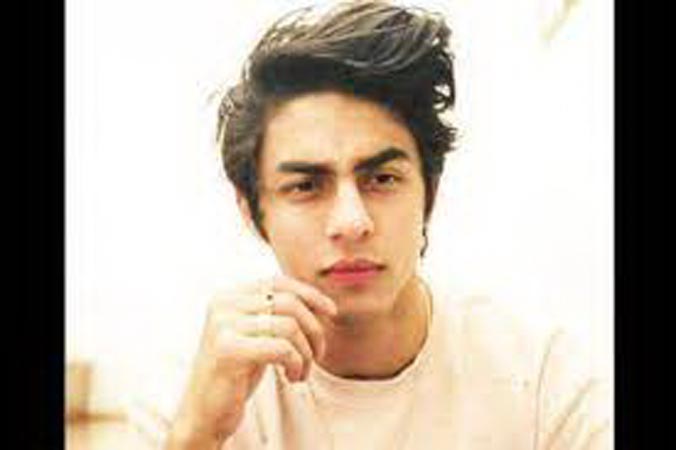 Bollywood superstar Shah Rukh Khan’s son Aryan Khan, who found himself in the eye of the storm after being arrested in a drugs case, has been making back-to-back public appearances. After leaving SRK fans gushing at the Indian Premier League mega auction for the Kolkata Knight Riders earlier this month, he was seen at Farhan Akhtar and Shibani Dandekar’s post-wedding bash with mom Gauri Khan and sister Suhana Khan. On Sunday, Aryan once again stepped out in the city. He was spotted at a friend’s party. The star kid arrived wearing a white t-shirt to the bash. Also attending the bash was actress Janhvi Kapoor. After joining father Boney Kapoor and sisters Khushi and Anshula for Valimai screening, Janhvi reached the party. She looked stunning as ever in a strappy black midi dress. Suniel Shetty’s son Ahan, who made his Bollywood debut with Tadap, was also spotted arriving for the party. While Ahan was seen posing for the paps, Janhvi seemed to be in a rush to enter her friend’s residence. Aryan was seen seated in his car when he arrived for the party. Earlier this month, Aryan made his first appearance with Suhana Khan after the drug scandal. The star kid was arrested by the Narcotics Control Bureau on October 2, 2021, after an alleged drug bust on a cruise ship. He was granted bail by the Bombay High Court after 25 days.