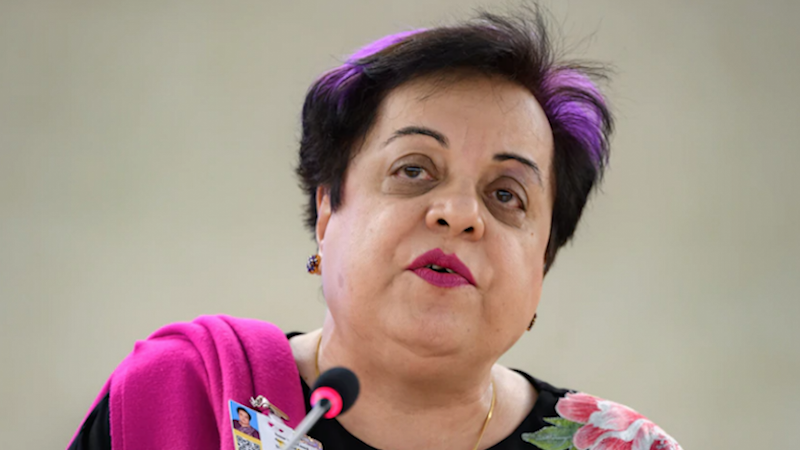 She said that women in “Palestine and Kashmir” continuously became victims of brutal occupations and the occupiers are exempt from global scrutiny. Structural flaws in global economic governance continue to hinder basic human rights, she added.

The minister said this Council must redouble its efforts to respond meaningfully to these challenges. ‘We are gravely concerned over deteriorating Human Rights situation in Indian Illegally Occupied Jammu and Kashmir (IIOJK)’, Mazari said.

‘The global state of Human Rights today presents a sobering picture, despite treaties, mechanisms, and advocacy, for decades powerful states have suppressed Human Rights and trampled fundamental freedoms’, she added.

She said the BJP government is pursuing a Hindutva policy by restoring 800,000 Indian troops in inhumane atrocities to suppress the independence movement. The Indian government is not giving access to international media-neutral observers in IIOJK despite clear evidence, no action was taken against any Indian soldier. India should give media and international observers access to Kashmir.

Mazari said that there are concerns over human rights violations in IIOJK by changing the proportion of the population in the territory.

She said India has issued domicile to 4 million non-Kashmiris, adding that these steps by India are an attempt to turn Kashmiris into a minority on their soil. The BJP government is pursuing a policy of genocide of Kashmiris.

She said the government has implemented a zero tolerance policy on violence and exploitation, adding that legislation on anti-corruption and anti-rape lawsuits were done.