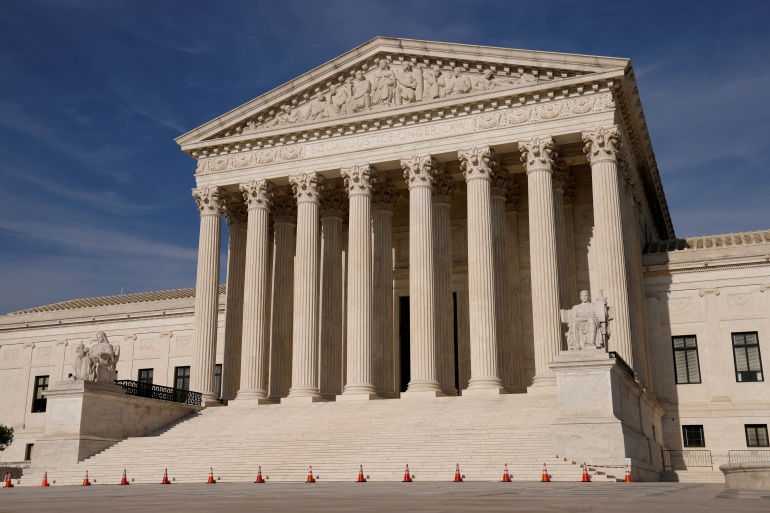 Washington: A divided US Supreme Court heard arguments on Monday in an environmental regulation case with potentially far-reaching implications for the Biden administration’s fight against climate change.

The high-stakes case concerns the authority of the Environmental Protection Agency (EPA) to regulate greenhouse gas emissions from coal-fired power plants, which produce nearly 20 percent of the electricity in the United States.

As the Supreme Court was hearing arguments, the United Nations issued a landmark report containing dire warnings over climate change.

While the three liberal justices on the nine-member Supreme Court appeared largely to support arguments that the EPA was operating within its brief, several of the conservative justices appeared skeptical. “This agency is doing greenhouse gas regulation,” said Justice Sonia Sotomayor, one of the liberal members of the court. “This is in, you know, exactly in its wheelhouse.”

Jacob Roth, arguing for The North America Coal Corp., said the EPA is going beyond its remit.

“The agency is asking questions like: Should we phase out the coal industry? Should we build more solar farms in this country? Should we restrict how consumers use electricity in order to bring down emissions?

“Those are not the types of questions we expect the agency to be answering,” Roth said.

In 2007, the Supreme Court, by a narrow majority, ruled that the EPA has the power to regulate carbon dioxide emissions from power plants under the Clean Air Act of 1970.

In 2015, Democratic President Barack Obama unveiled his Clean Power Plan, which was intended to combat global warming by reducing carbon dioxide emissions from coal- and gas-burning plants and shifting energy production to clean sources such as solar and wind power.

The Clean Power Plan was blocked in the Supreme Court in 2016 and repealed by former Republican President Donald Trump, who replaced it with his own industry-friendly Affordable Clean Energy (ACE) rule.