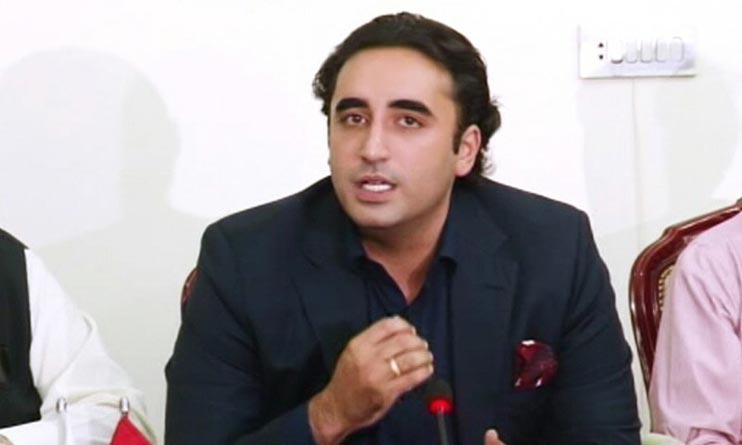 The PPP on Monday continued with its march against the PTI-led government in the Centre. The PPP’s march, led by party chairperson Bilawal Bhutto-Zardari, began in Karachi on Sunday and will pass through 34 cities to reach Islamabad after 10 days on March 8, according to a plan shared by the party. The PPP, however, has not disclosed the final venue where the participants will gather after reaching the capital from all over the country.

The march reached Hyderabad on Monday, where Bilawal addressed the participants and criticised Prime Minister Imran Khan over the Pakistan Tehreek-i-Insaf (PTI) government’s policies. “This march is against the inefficient, ineligible and selected prime minister, against his economic and political policies and his cruelty,” he said, adding that the march was also organised to protest growing inflation, poverty and unemployment.

Bilawal said in order to end the “economic crisis” in the country, the prime minister would have to be removed and free and fair elections would have be held. “So that the next government has the people’s mandates […] and realises their problems, so that it makes people-friendly economic policies, not anti-people and anti-poor economic policies” devised by the PTI government.

Bilawal demanded that if PM Imran believed he could compete with the PPP, then in his address to the nation, he should announce the dissolution of assemblies so that new elections are held. He further said the prime minister should step down himself, otherwise PPP jiyalas were reaching Islamabad to make a “democratic attack” on the government through a no-confidence motion. If the prime minister did not step down himself, masses would oust him, Bilawal said, reiterating that the premier should announce new elections.

The PPP has also drafted a charter of demands, some of which are as under:

The government must hold fair and transparent elections at all levels.

The government must run its affairs in accordance with the 1973 Constitution. The principles of separate powers of the legislature, administration, and judiciary as enshrined in the 1973 constitution should be adhered to. All institutions must perform and operate within their own constitutional limits. Independent Election Commission of Pakistan should be established. Print and electronic media should be rid of censorship, both formal and unannounced. All unfair and oppressive provisions in the cybercrime law should be eliminated.

Financial autonomy should be given to the areas of Gilgit-Baltistan and Azad Jammu and Kashmir along with full control over the revenue and financial resources assigned to them by the centre.

Legal framework should be developed to regularize the slums and the most backward areas and provide them basic civic amenities.