* Ehsaas cash assistance increased to Rs 14,000; graduate interns to get Rs 30,000 per month
* Investment from overseas Pakistanis to enjoy tax holiday for five years
* Imran Khan says PECA Ordinance has nothing to do with freedom of press 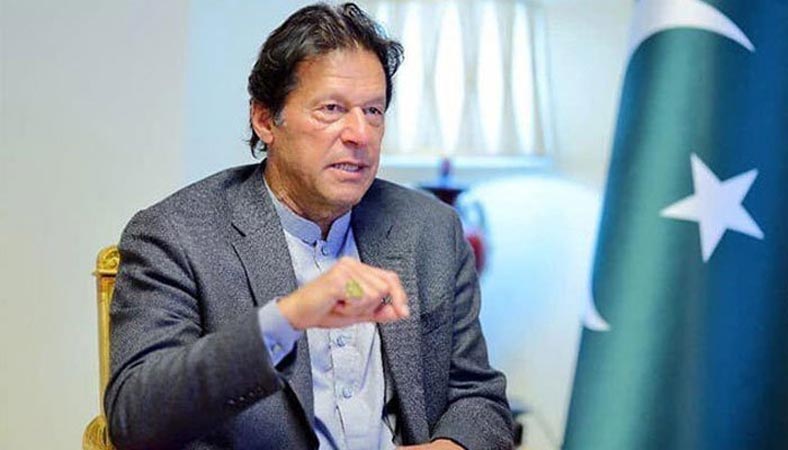 Prime Minister Imran Khan, in a big initiative to protect the masses from the impact of global inflationary trends, on Monday unveiled a major relief package, including Rs 10 per litre reduction in petroleum prices, Rs 5 per unit cut in electricity tariff and some other measures. “The government has decided not to increase the prices of petrol and diesel as well as electricity tariff till the next budget,” Imran Khan said in his televised address to the nation.

The prime minister also announced to enhance the cash assistance, provided to eight million families under the government’s Ehsaas Programme, from the current Rs 12,000 to 14,000 to help the poor people. He announced an internship programme for the unemployed youth, under which those with a graduate degree, would be offered Rs 30,000 per month through a transparent and merit-based system.

The prime minister in his 40-minute speech spoke at length on multiple issues of national importance, including the foreign policy, amendment in the Prevention of Electronic Crimes Act (PECA) Ordinance, and his government’s challenges and achievements including on the economic front. Imran Khan announced 2.6 million educational scholarships, saying Rs 38 billion would be allocated for the purpose.

He also announced various incentives for the promotion of the information technology (IT) sector, including 100% tax exemption for companies and freelancers, 100 % waiver on repatriation of capital and foreign exchange, and elimination of capital gains tax for startups. The prime minister said the investment from the overseas Pakistanis, including through joint ventures, would enjoy tax-holiday for five years.

He further said that the government would spend Rs 460 billion for the provision of interest-free loans to the youth under the Kamyab Jawan Programme to start businesses, low-income groups to construct their own houses, and farmers.

Imran Khan said since he began politics, he wanted a sovereign policy for Pakistan, which was not dependent on any other state and was solely for the country’s benefit. Citing an example of a foreign policy that is dependent on other countries’ interests, he noted Pakistan supported the United States in its “war on terror” that resulted in several casualties on home soil. “I was against this war since day one. No Pakistani was involved in the 9/11 attacks,” the prime minister said, noting that when Pakistan partook in the Afghan war earlier, it was termed as “jihad”, but when the US invaded Afghanistan, Washington said it was going into Kabul to defeat terrorism.

Moving towards the Prevention of Electronic Crimes (PECA) law, the prime minister said it was enacted in 2016, and the incumbent government had only made amendments to it. “A head of state who has not been involved in any type of corruption is not scared of the media,” the prime minister said, turning down notions that the government was attempting to muzzle the media.

The prime minister said a “majority” of news stories being published and aired in the mainstream media were anti-government. He added that the government aimed at tackling social media through PECA.

He said some journalists resorted to mudslinging when it came to the Shaukat Khanum Memorial Hospital, accusing that the funds raised by the hospital were used to fund the PTI. “There are journalists who accept a bribe and publish filth [against the government],” he stressed, claiming that the type of news stories published in Pakistani media cannot be “reported in any other democracy of the world”.

He said around 94,000 cases related to women harassment, fake news and pictures were pending with the FIA (Federal Investigation Agency) and of those, only 38 had been disposed so far. He said even a sitting prime minister and his family were not spared from fake news. He could not get justice even after three years in a defamation case.

Imran Khan said recently, a woman was fined by a United Kingdom court over defamation and Communications Minister Murad Saeed was also considering to register a case there.

Calling it essential for the country, he said the PECA had nothing to do with the freedom of press. Instead, good journalists should be happy over the curb of fake news as it would enhance their credibility.