PML-N to repeal PECA Ordinance after coming into power: Shehbaz 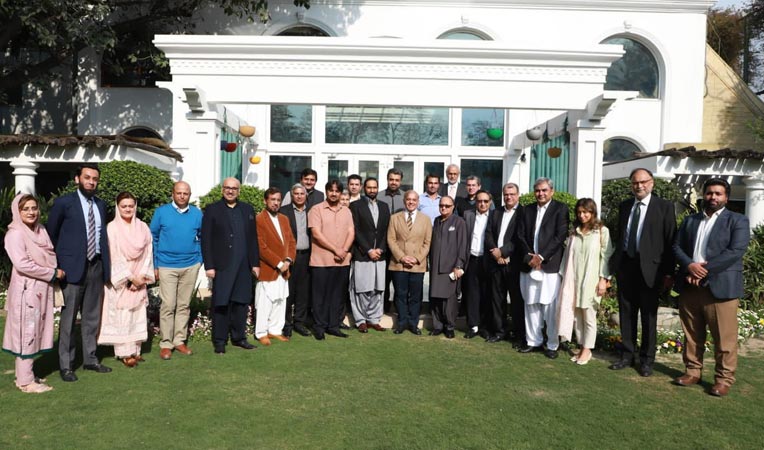 Pakistan Muslim League-Nawaz (PML-N) President and National Assembly Opposition Leader Shehbaz Sharif has assured the Joint Action Committee of media that the PML-N will repeal the dark, authoritarian and anti-media laws that violate constitutional freedoms of freedom of expression and access to information.

In a meeting with the leaders of the Media Joint Action Committee on Monday, Shehbaz assured them that if Allah Almighty gives the opportunity, then after coming to power it would repeal the PECA Ordinance. The delegation that met the Leader of the Opposition included leaders of Pakistan Broadcasters Association (PBA), Council of Pakistan Newspaper Editors (CPNE) and All Pakistan Newspapers Society (APNS).

The PML-N president has decided to table a resolution in Parliament seeking repeal of the PECA Ordinance under Rule 145. According to this, a resolution would be tabled in a joint sitting of Parliament to repeal an ordinance which, after approval by the House, would repeal the relevant ordinance. Shahbaz Sharif had decided to file a petition for the joint sitting of Parliament to repeal the black law against media and had issued instructions to the party leaders to take practical steps in this regard.

Shahbaz said he supported the decision of the Media Joint Action Committee to challenge the PECA Ordinance in court. He termed the amendment ordinance a manifestation of authoritarian, fascist and undemocratic thinking of the present government and reject these amendments and pledged to challenge all these black laws in every legal forum and block their way.

He said that media was a mirror in which the rulers must see their face so they should correct their disfigurements. He said that the PTI rulers were under the misconception that they could jail, punish, imprison, and impose fines through these black laws and chain the voice of the people. This has not happened in the past and cannot happen now, he stressed.

While paying homage to the historic struggle for freedom of expression and truth telling of the media, Shahbaz Sharif said that the media had fought an unforgettable battle for its freedom at many stages of history. The Leader of the Opposition said that if the government had not been malicious, the draft would have come to the parliament and the back door of the ordinance would not have been used. The present government wants to close the eyes, tongue and ears of the media to cover up its worst and historic failures on every front. He said the PMLN will not allow this to happen. Shahbaz Sharif paid tribute to the struggle of the Media Joint Action Committee against attacks on media freedom and black laws and assured the full support of his party and the Leader of the Opposition to achieve this goal.